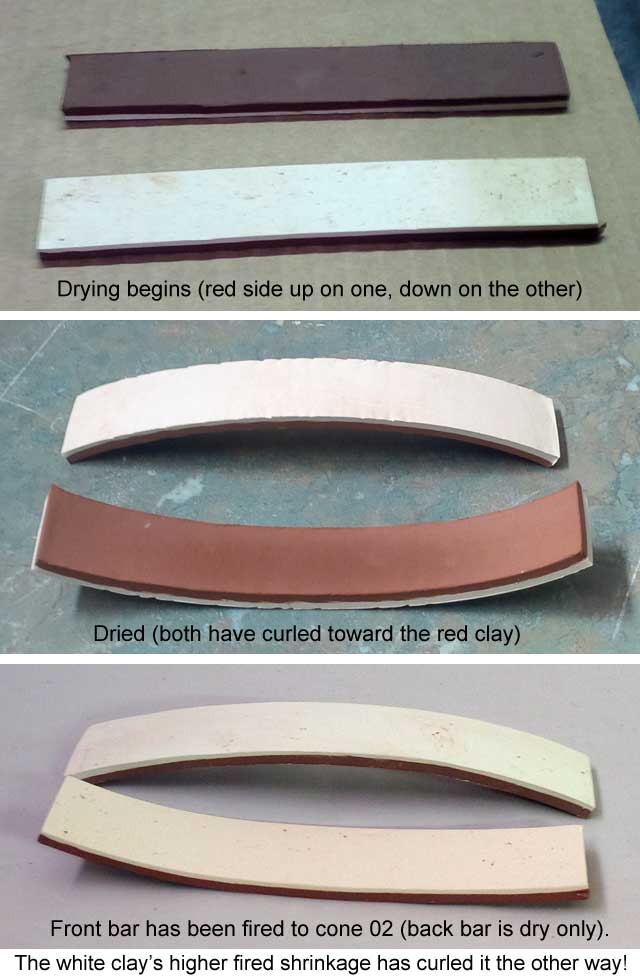 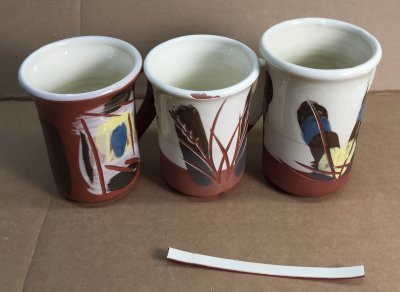 Classic terra cotta bodies are not vitreous, so engobes used on them need to have similar low fired shrinkage. But when terra cottas are fired above cone 04 they start to mature and fired shrinkage increases quickly, flaking off engobes that do not have sufficient added frit (to increase their shrinkage). Even if an under-compression engobe can hang on, the extra stresses of an overglaze of lower thermal expansion can compromise the engobe:body bond. That has happened on the center mug. That engobe has less frit (10% vs. 15% for the others). The clear glaze on the left has high thermal expansion and is crazing, while the engobe:body bond can tolerate that it, is obviously not desirable.