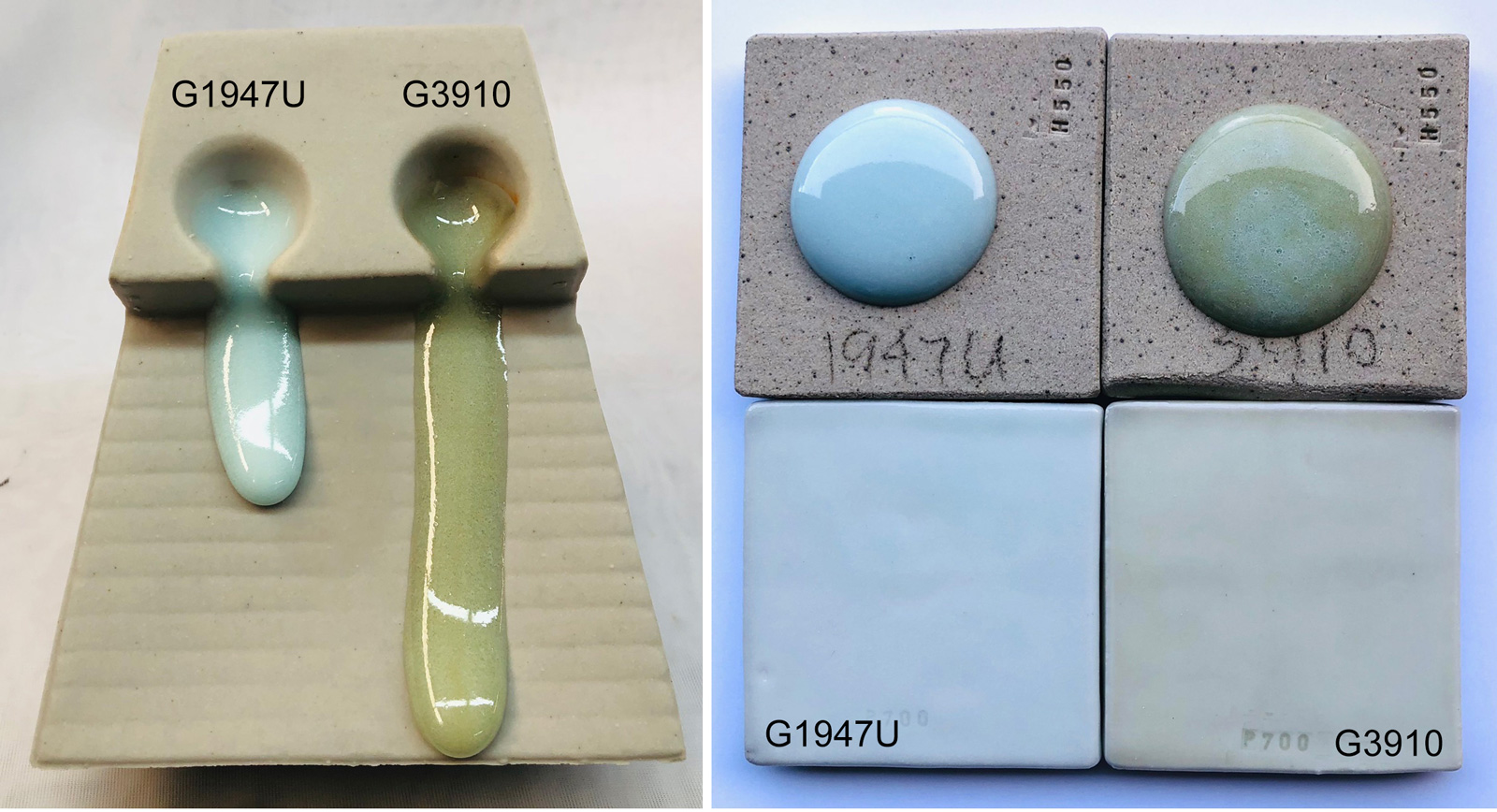 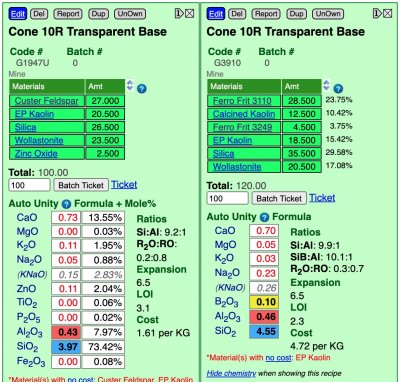 A screen shot of side-by-side panels in my account at Insight-live.com. On the left is the original G1947U recipe. On the right I have substituted frit 3110 as a higher-concentration-source of KNaO. This enabled actually increasing KNaO to get a better gloss and melt. I have introduced calcined kaolin (to ratio with the raw kaolin to control slurry and drying properties). I added frit 3249 to introduce low-expansion MgO to counterbalance the higher levels of KNaO. That frit, like the 3110, will not only melt things better simply because it itself was pre-melted, but it also brings along a little boron. That supercharges melting and enables an enhancement: The addition of more SiO2. The low thermal expansions of MgO, SiO2 and B2O3 counterbalance the increase that will occur as a result of the higher KNaO (0.15-0.26). Sound boring? When you see the unexpected results you might think differently (see the linked post below). I never considered using frits at cone 10R before, this success led to an improvement in my main silky matte glaze also.