This is G2934BL glaze fired using the C6DHSC slow-cool firing schedule, this has enabled too much crystallization. This mark cannot be rubbed off, matte black glazes show the marks more than others. If I had fired it using the PLC6DS free-fall schedule, it would have been glossier. Or, I could blend in a greater percentage of the glossy black. This being said, for this type of piece some cutlery marking can be tolerated. 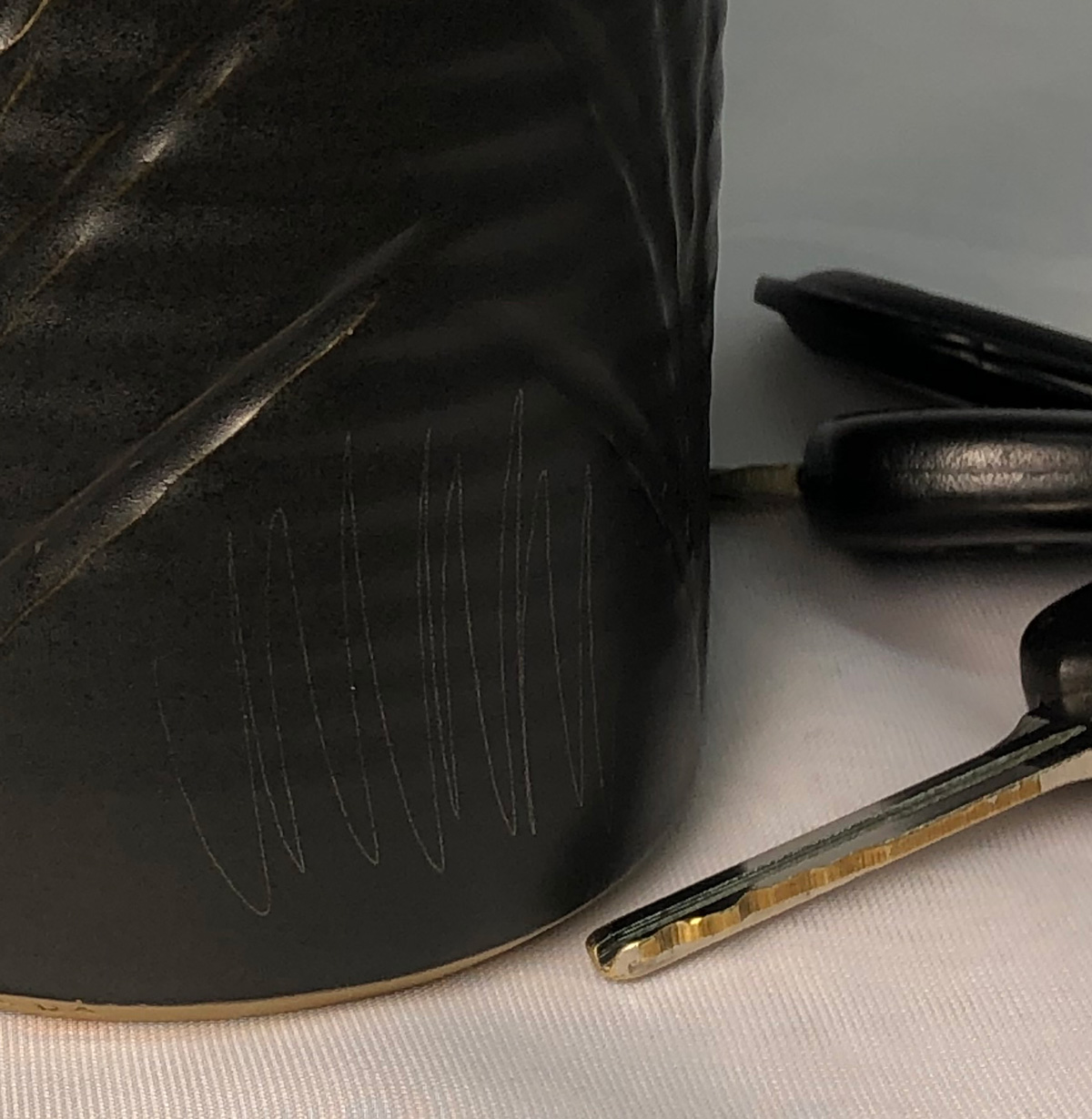 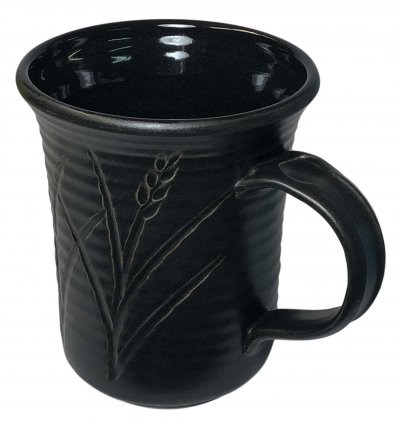 The clay is Plainsman M370. Fired at cone 6 using the PLC6DS drop-and-hold firing schedule. The inside glossy glaze is G2926BL. The outside glaze base is G2934BL matte. Both recipes contain 6% Mason 6600 black stain. G2934 is tricky to keep consistent because the matte surface is a product of both the chemistry and the firing schedule. Thus we faced lots of testing when it became necessary to substitute Ferro Frit 3124 for the supposed equivalent, Fusion Frit F-19. Early results showed a little better melting, so the 10-15% glossy we normally add to move the stoney matte toward satin is not needed. However, we still made an 85:15 batch for our more frequent slow-cool C6DHSC firings (otherwise this G2934 mug would have fired too matte). So with the two recipes and two schedules I can produce four surfaces, from gloss satin to stony matte.