The clearing period at the end of the reduction firing was done without opening the damper, the gas pressure was simply turned down enough to stop temperature rise. The flame through the damper and the peep holes completely disappeared and this cleared the chamber of carbon immediately. Only one quarter the normal gas pressure was needed to hold temperature. But there was a problem: Inadequate airflow through the chamber to clear carbon build-up in the clays. The issue was most visible on the insides of pieces like this. And it was made worse by another factor: Body carbon trapping of an ultra-transparent early-melting fritted clear glaze that we have been testing. 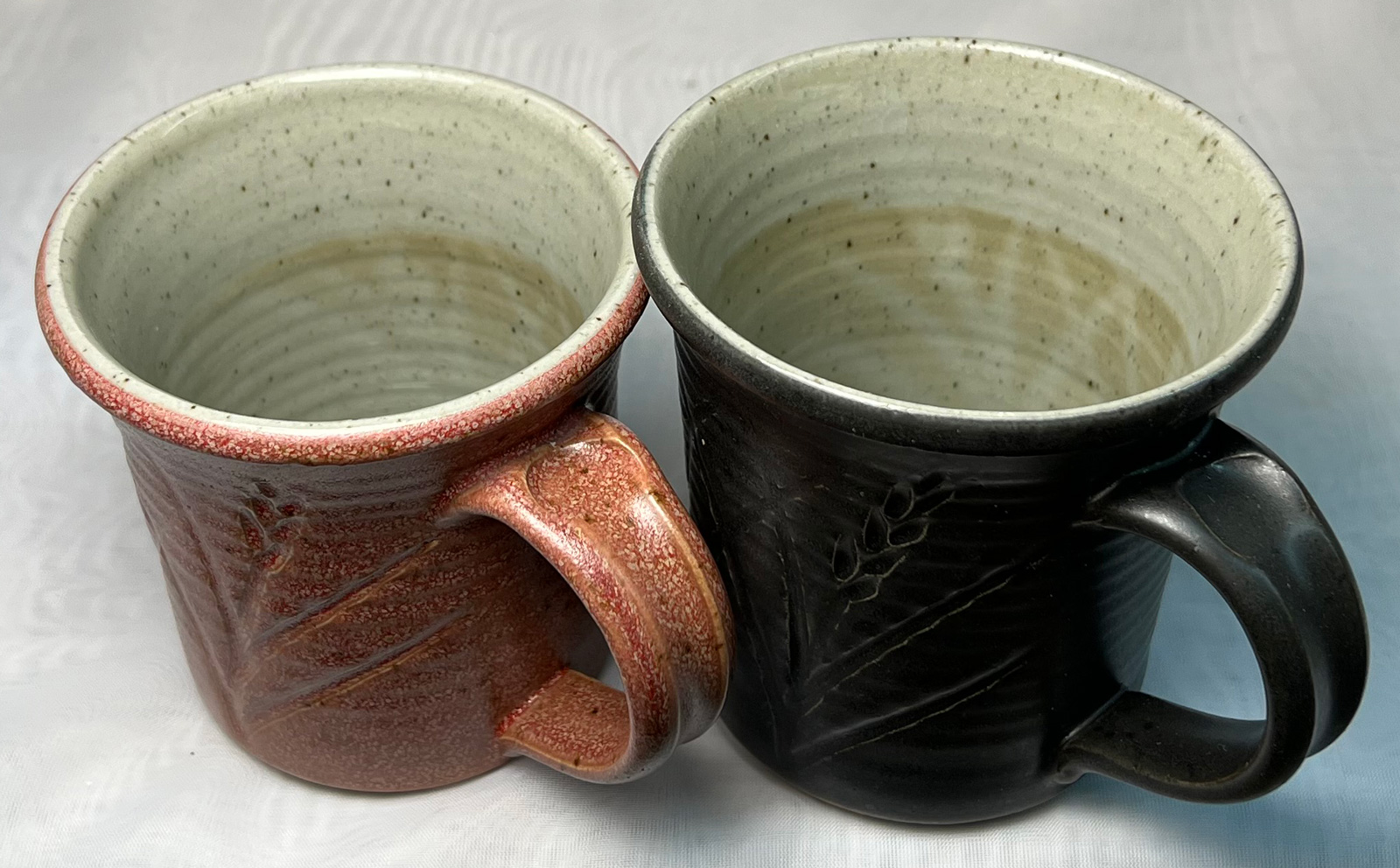