An extreme case of firing shrinkage mismatch between engobe and body 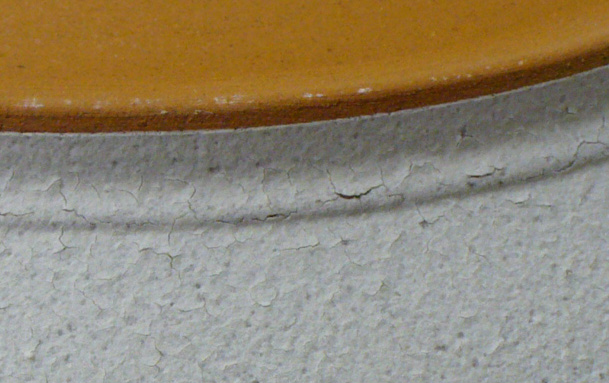