The handle did not break. Despite repeated whacks with a hammer. Why?

This body vitrifies to incredible strength on its own. But applying a glaze complicates that. The inside glaze, G2926B, is under thermal expansion compression. The outside glaze (which I neglected to sieve) only covers about half of the surface (the rest is the bare body), and it is under less compression by the body. Visibly, the piece appeared fine, but internally the compressive stress was seeking relief. Before describing what happened when I hit this with a hammer, I will tell you what happened when I broke another mug of this same type, glazed inside and out with G2926B clear: It required a dozen whacks! It sounded like I has hitting a piece of steel! But the lower section of this broke off with the first whack! Subsequent hits broke off other pieces. But notice the handle, which is entirely glazed, has not broken. Even though the wall of the mug has entirely separated inside of it. This is a testament to how much the glaze strengthens the handle (by its full coverage) and how much it weakens the body (by partial coverage). 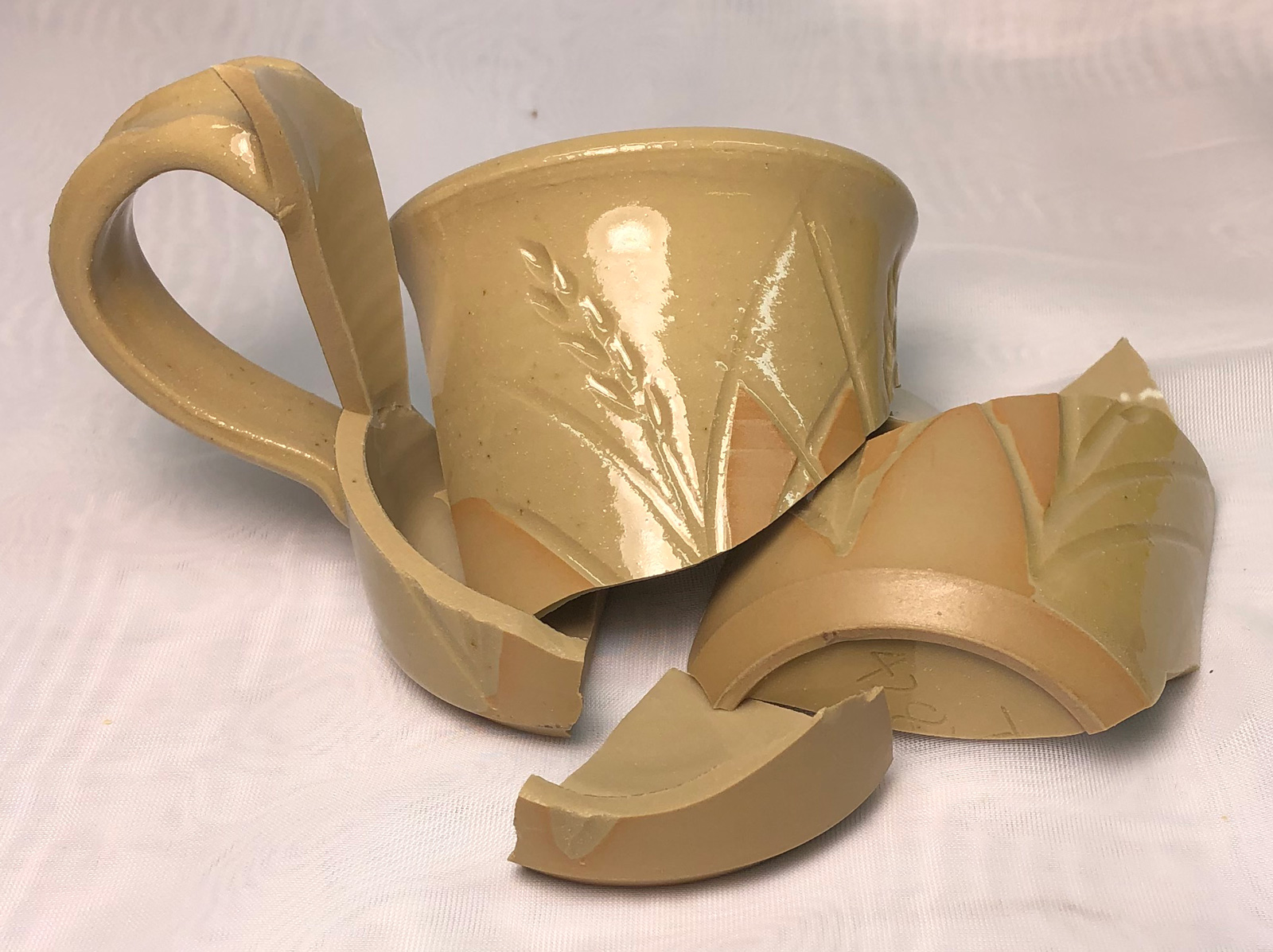