Cone 6 oil-spot glaze effect, what works and does not work?

Simulating a white-on-black oil-spot effect at cone 6 oxidation proved to be a matter of repeated testing (that got me past some misconceptions). Stopping to think about the results at each step and keeping a good audit trail with pictures, in my account at insight-live.com, really helped. I had three black glazes: G2934BL satin (G2934 with black stain), G2926BB super-gloss (G2926B with black stain) and G3914A Alberta Slip black. Going on a hunch, I mixed up a bucket of the G3914A first (with some gum to help it survive second-coating without lifting). Rather than just try any white, I created G3912A by substituting as much CaO and MgO as possible for SrO in the G2934Y base. I later learned this to be an error, SrO reduces the surface tension, I should have used MgO (the G2934Y is a high-MgO glaze so it would have been fine as-is)! As you can see on the far right, this white still worked (at cone 5, 6, 7, 8). Why? There is another factor even more important. The effect only works on the Alberta Slip black. But its LOI is not higher than the others. And it worked even after ball milling. So I need to continue to work on this to learn more about why this works. 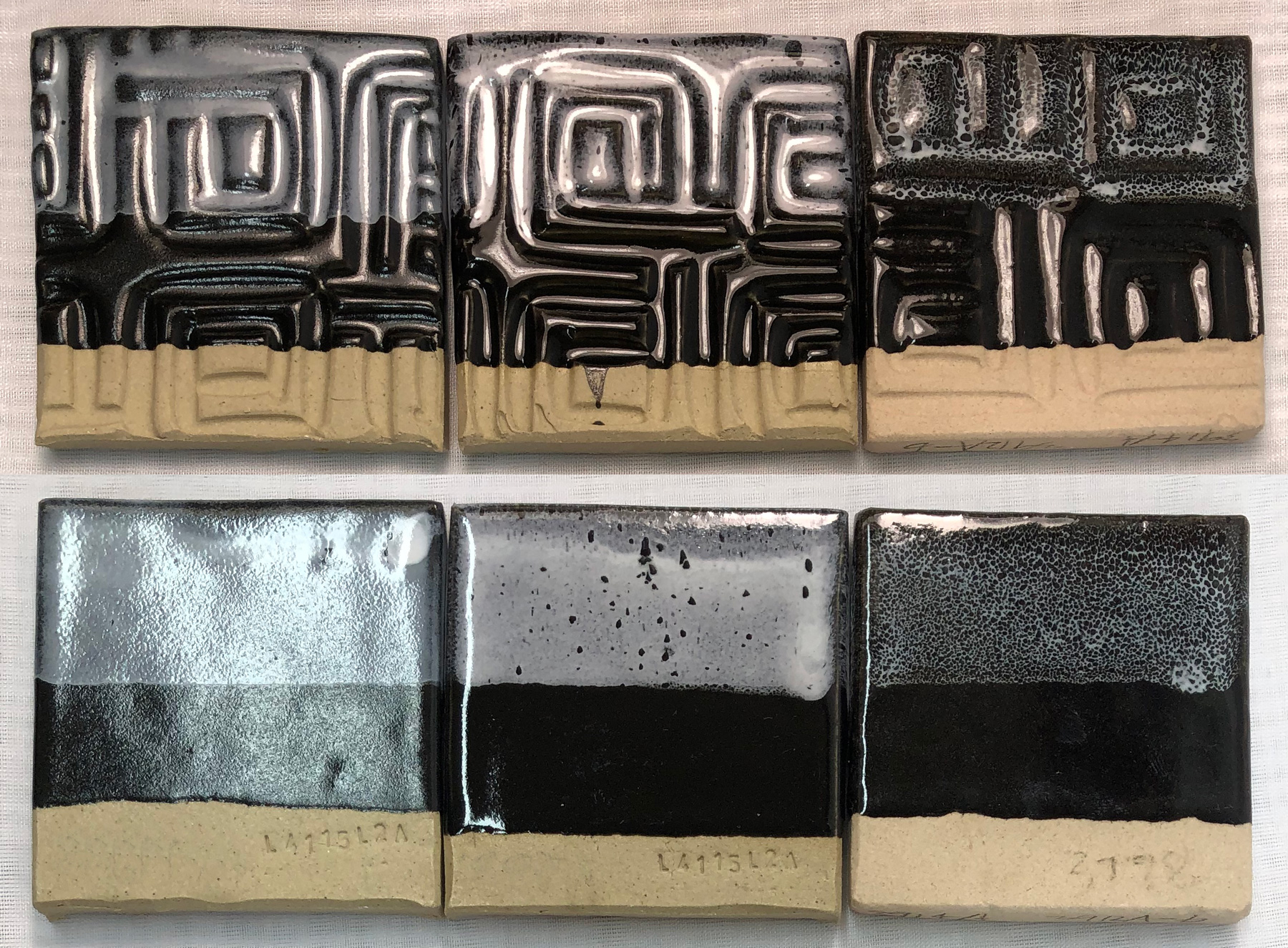