A modern electric test kiln, a marvel of utility

This is a ConeArt 119D, 0.57 cu ft, 11"x9" cone 10 test kiln. While there is 120v model, don't take a chance, go with 220v (actually ours is 208v). Ours fires many hundreds of times on a set of elements, mostly in the cone 4-7 range. The old BX controller is shown here, it is $300 cheaper, but don’t even think about getting that! Do not use your electric like a pop up toaster, make it a technological enabler of custom firing schedules, get the Genesis GX. Having good control of firing is a key to success and this is superior for that. These kilns are economical to fire. Big enough for 5 mugs, but I typically fire a dozen clay and glaze test specimens. We make our own super-thin shelves. The controller holds about 20 schedules, even controllable remotely (it is Wi-Fi connected). We can fire cone 03 up and down in three hours! 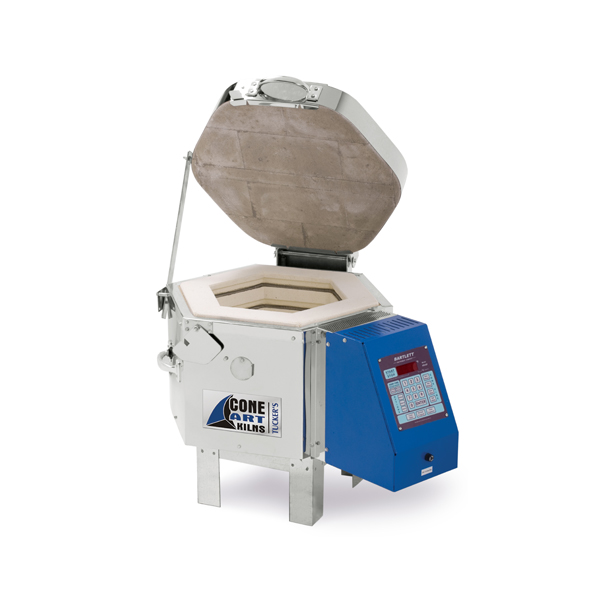 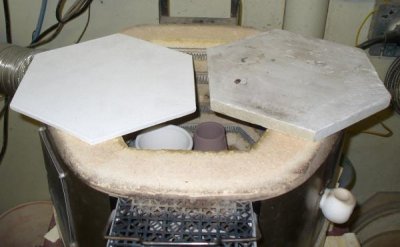