Lord Ganesha made from Plainsman Clay

In August Hindus of India make these for an annual festival. Many of them now live in Canada - and in Alberta. And they come to Plainsman Clays to get the clay. There is much symbolism in the figure and the fact that it is made from raw clay. This is used during a 10-day festival marking the arrival to earth of the elephant-headed deity Ganesha, son of Lord Shiva and Goddess Parvati. He is their god of prosperity and wisdom. The festival begins on the fourth day (chaturthi) of the month of Bhadrapada (August–September), the sixth month of the Hindu calendar. Food is offered each day. Elephants don't walk around obstacles, neither are they stopped by them. They just remove them and walk ahead. In the worship Lord Ganesha Hindus take on these qualities. These were made in Calgary. The one on the left was made using M332. The one on the right was made using found-clay from a garden. These idols are not fired in a kiln. When the celebration is complete they are immersed in water (for a measured period of days) and after the clay has finished slaking it is returned to the land. 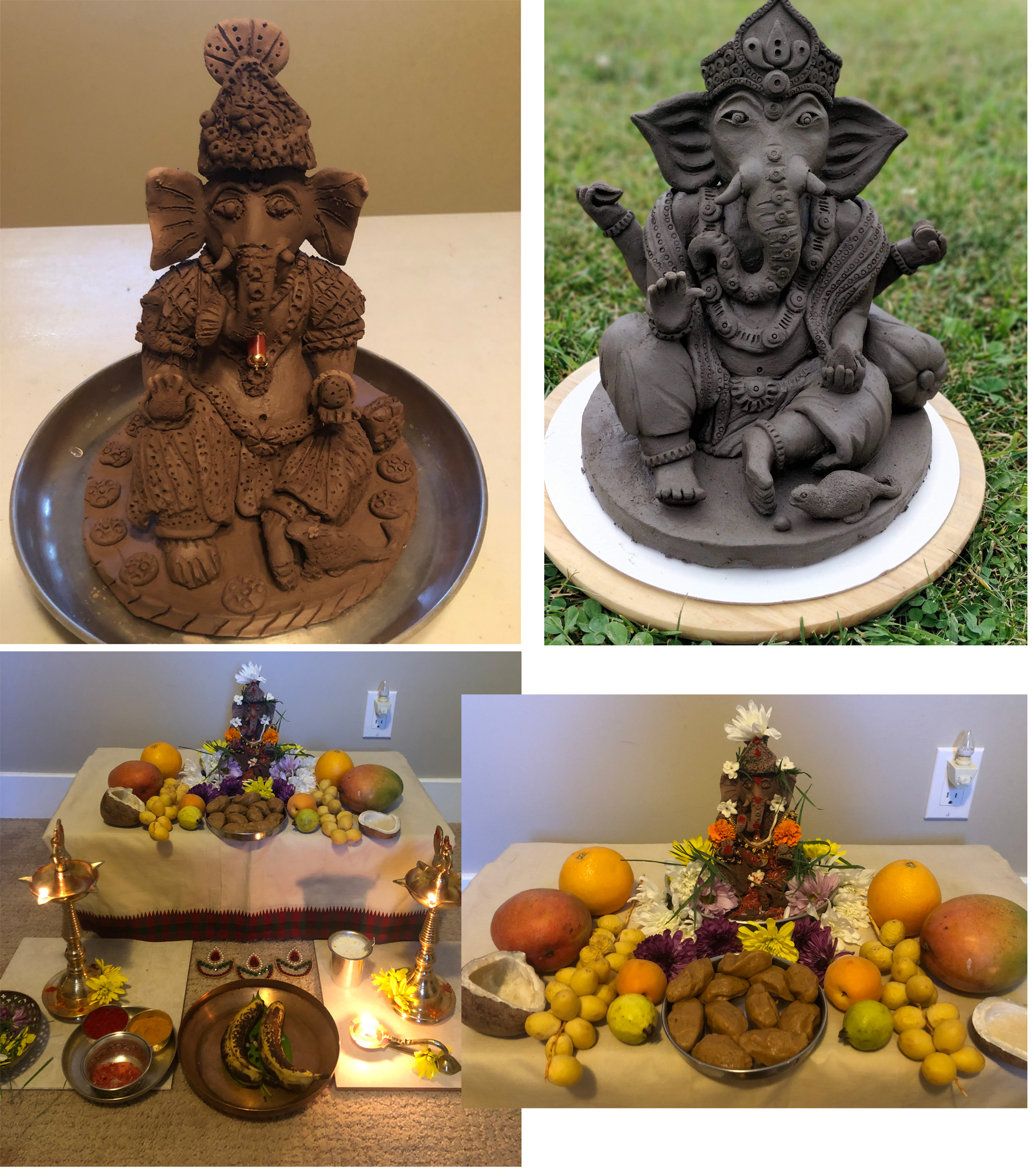