Should you throw out the brown water on top of settled glazes?

This is water from the top of a glaze that had been sitting for more than a year. Clearly, the solute contains iron. It is being dissolved out of one or more of the white powders in the glaze recipe (often frits). The iron, at least, is a contaminant. This should be thrown out and replaced with clean water. Why? We do not want anything dissolved in glaze slurries. It either migrates into the body with the water it absorbs during glazing or it migrates to the surface as the water evaporates. Both are bad. How much dissolved material would be lost? It would be measured in tenths or hundreds of a gram. Hypothetically then, if a bucket contains 1000 grams of the material, one ten-thousandth of it would be lost! 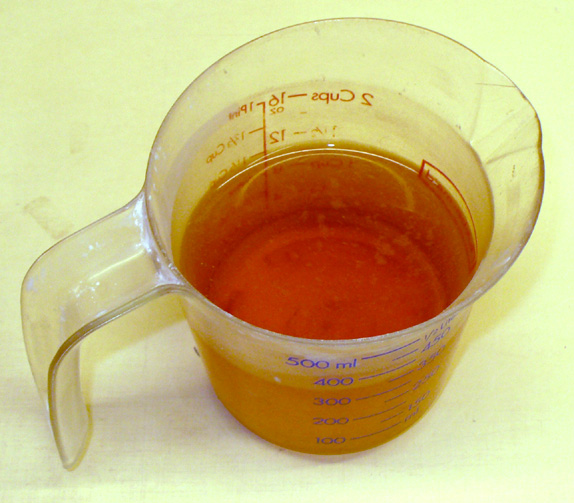