Data for hundreds fired clay test bars was logged into a portable Epson custom programmed HX-20 computer and uploaded to a Radio Shack TRS-80 Model III where it was stored first on cassette, then floppy disk, then a loop tape. That data was later migrated to the Digitalfire DOS 4Sight lab record keeping system (as SHAB specimens) where it lived for more than 27 years (expanding to more than 200,000 tests) until being imported to an insight-live.com account in 2014. 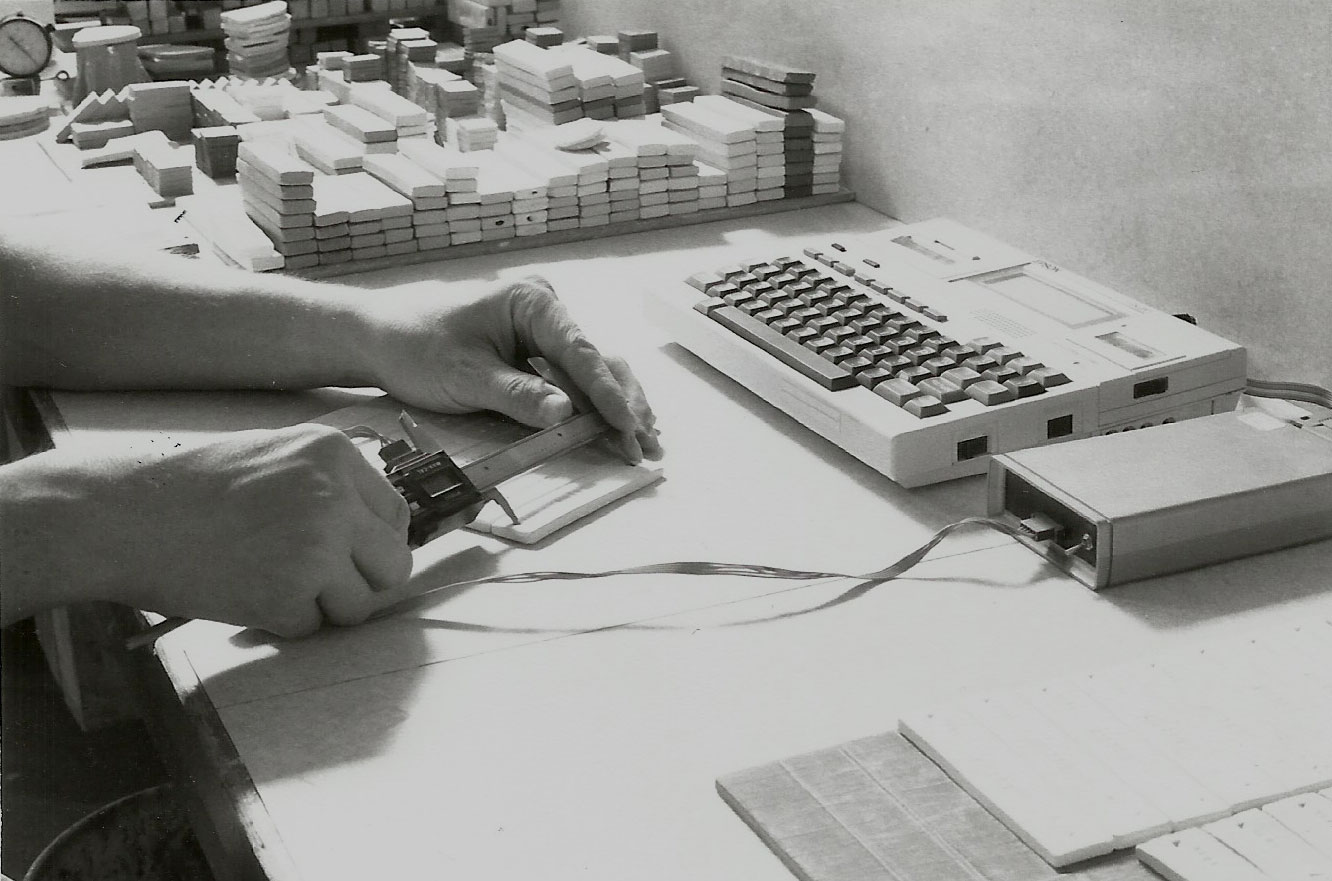