"Émail ombrant" (French for “enamel shadow”) is a pottery-decorating technique developed in France in the 1840s (at the Rubelles factory by Baron A. du Tremblay). Designs were etched or stamped into the pottery and a transparent colored glaze applied thickly enough to re-level the surface. The varying depths produced colour highlighting. The design appears shadowy, hence the name. Stephanie calls these plates “Girls on the March”, they were inspired by parents who supported their girls with dynamic signage at the Boston of “Women on the March” rally in 2017. 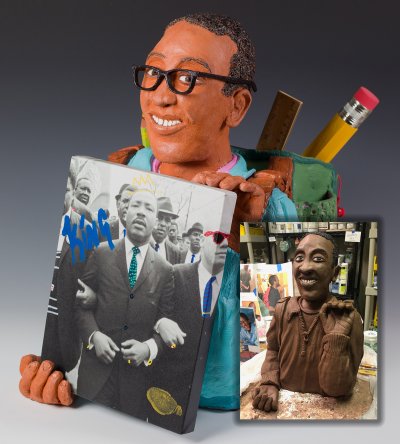