The porcelain on the left is highly vitreous, it cracked in 12 seconds, but the other lasted until 25! Why? Only theories, both of these should be failing sooner. The vitreous nature of the one on the left could be giving it the sheer strength to endure longer. The one on the right is Crystal Ice (from Plainsman Clays). It has very high quartz, which should have accelerated the failure. However it is not completely vitreous, the voids within the matrix could be giving it resilience. Another factor could be that the glaze is under more compression, adding strength. This whole thing is counter intuitive, porous bodies like earthenware normally endure best and vitreous porcelains the worst. Yet this same test on my earthenwares cracks them in less than ten seconds? 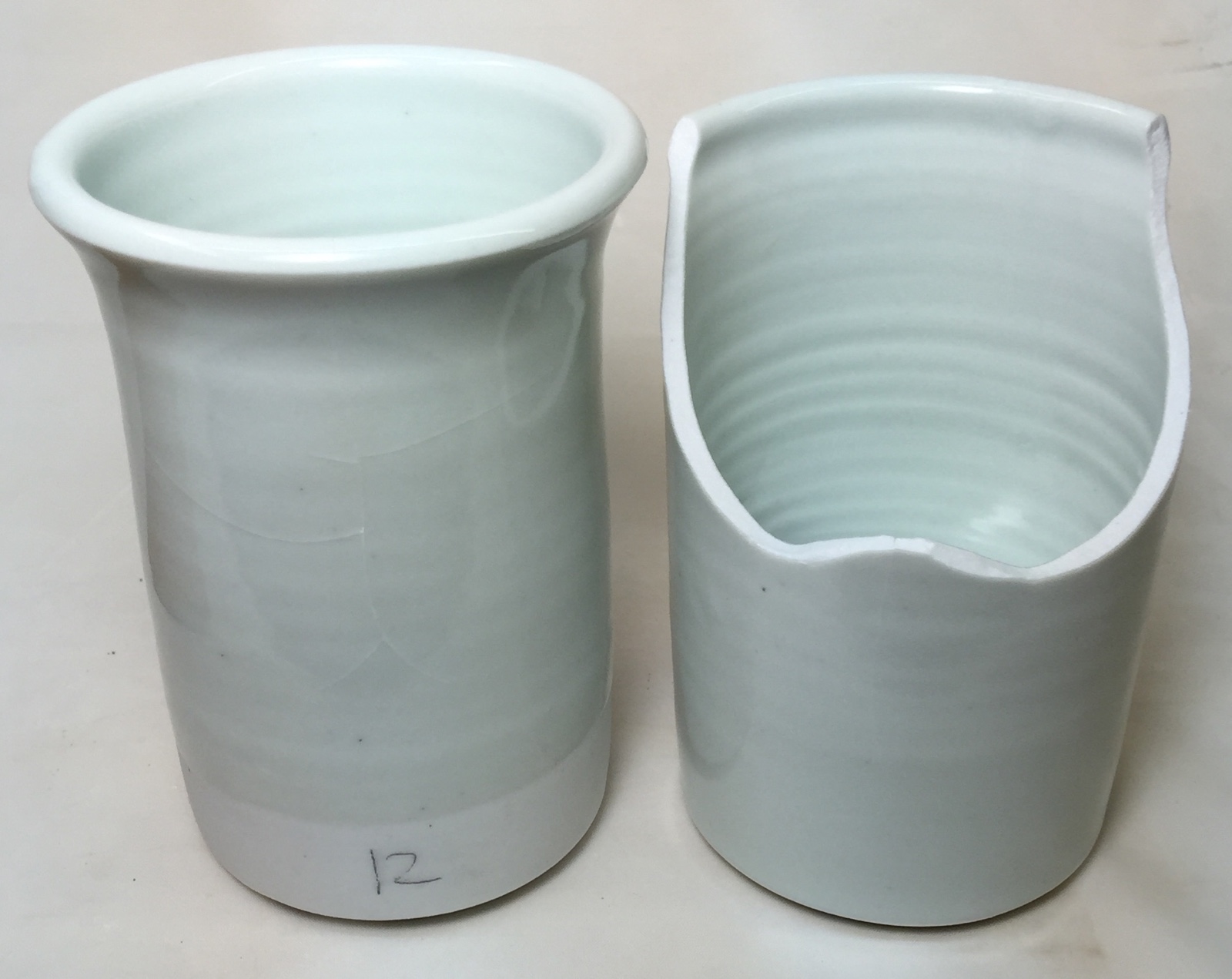