100 years ago, the Plainsman Clays plant would have been a small outbuilding at ACP

Plainsman Clays is built on the site of the former Alberta Clay Products Co. Ltd. The Plainsman plant is overlaid on the lower part of this 100-year-old photo. ACP was North America's second largest brick manufacturer. The plant and high temperature kilns, were all constructed using bricks and firebricks made in a temporary kiln on the same site (using clay mined nearby). No outside brick was purchased. The plant produced a wide range of brick but was most known for its production of vitrified salt-glazed pipe used in sewer and water lines across the west. During the period when this photo was taken the plant had 325 workers. In 1962 the main building burned to the ground! Shortly after, Plainsman Clays began operation in the small building beside the uppermost kiln. And moved to the current site in 1971. 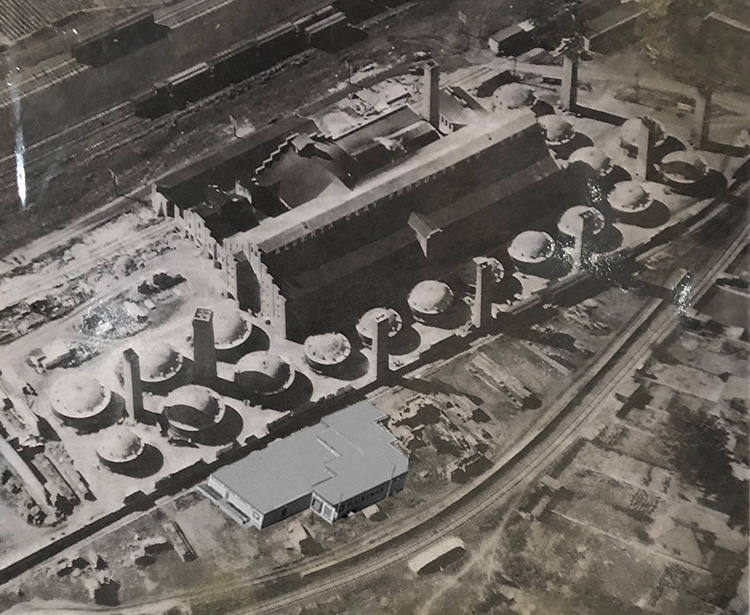