Rich, natural but vibrant colors. How was this cone 6 mug made?

The clay is Plainsman M390. The inside glaze is G2926B cone 6 base transparent. The outside glaze is the same recipe but with 4% added red iron oxide (screened to 80 mesh). A white engobe (L3954B) has been applied inside and outside down to the midway point (done by pour-filling the leather-hard piece, then pouring it out and pressing it lip-down into the engobe). The incised design was done after the piece had stiffened (after the engobe application). The inside clear glaze was poured in and out, then the lip dipped. Wax resist was applied to the top inch inside an up over the lip. A sharp knife was then used to cut away the glaze from the outside of the lip (at a 45 degree angle) and remaining glaze from there down the outside was scraped off with a fettling knife. The mug lip was then dipped into the outside glaze, the mug quickly turn over and pressing down into the same glaze. Finally, any drips of the glaze on the wax were sponged off and the foot ring cleaned off. 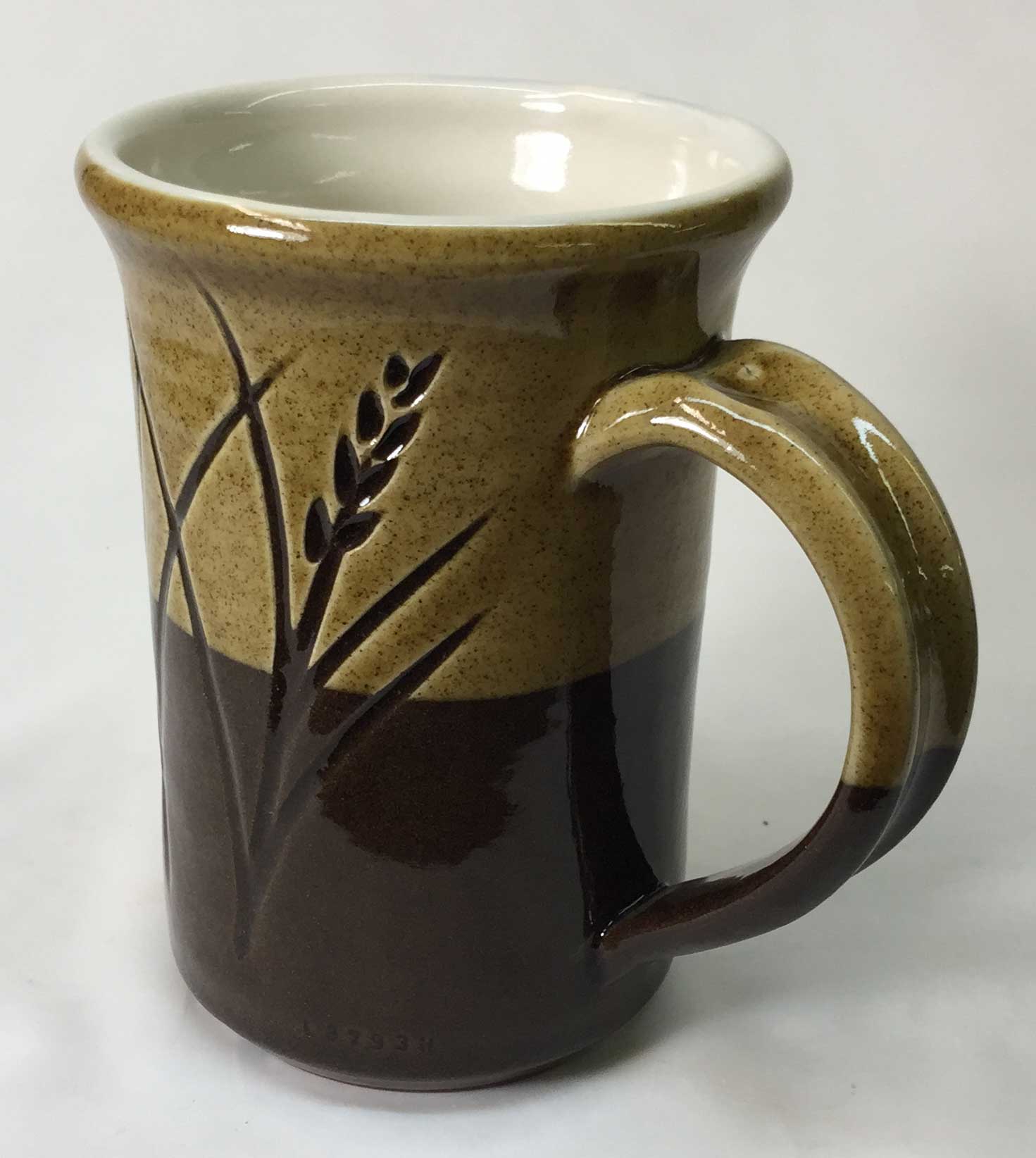