Terra cotta gets brittle when over fired

An excellent example that demonstrates the brittleness typical of vitrified terra cotta bodies. This bowl was fired to cone 02 and rung like a tuning fork when struck with a spoon. The body is dense like a porcelain and at appeared to be incredibly strong (this body is much more vitreous than an average terra cotta would be). However after a few more taps with the spoon it broke in two! It is brittle! Very hard, but brittle. At first I thought it might be that the glaze is under compression, but when I dropped the halves they did not shatter in the manner characteristic of compressed glaze, and they broke with razor sharp edges (like a vitrified porcelain does). So firing for this body must stop short of the most dense matrix possible to avoid this brittleness. 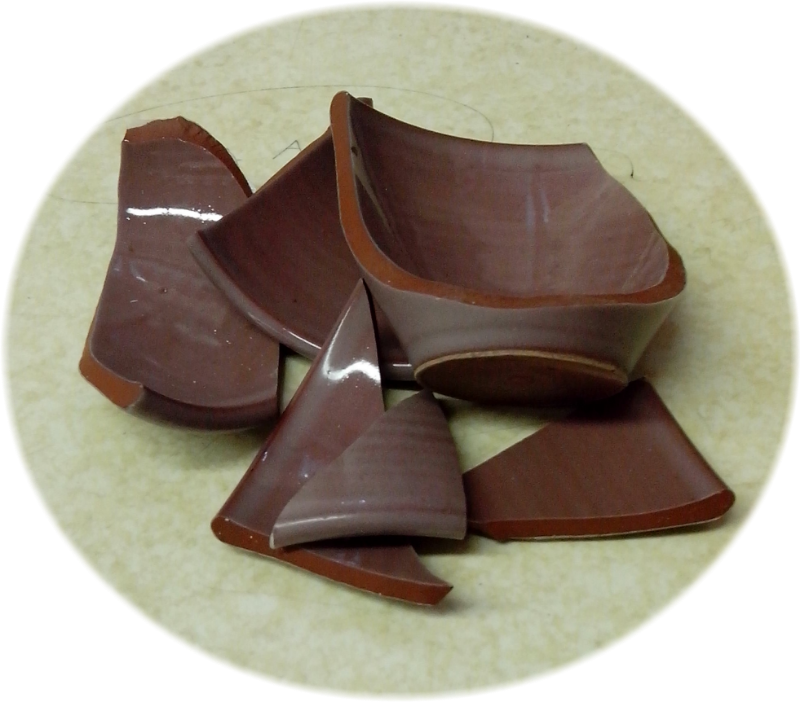