These are various different terra cotta clays fired to cone 04 with a recipe I developed that sources the same chemistry as the popular Worthington clear (50:30:20 GB:Kaolin:Silica) but from a different set of materials. The key change was that instead of getting the B2O3 from Gerstley Borate I sourced it first from Ulexite (G2931B) and then from a mix of frits (G2931K). All pieces were fired with a drop-and-hold firing schedule (like C03DRH). Fit was good on many terra cottas I tried (pieces even surviving boiling:icewater stressing). Where it did not fit I had thermal expansion adjustability because more than one frit was sourcing the boron. Frits are so much better for sourcing B2O3 than Gerstley Borate (the later is notorious for turning glaze slurries into jelly!). 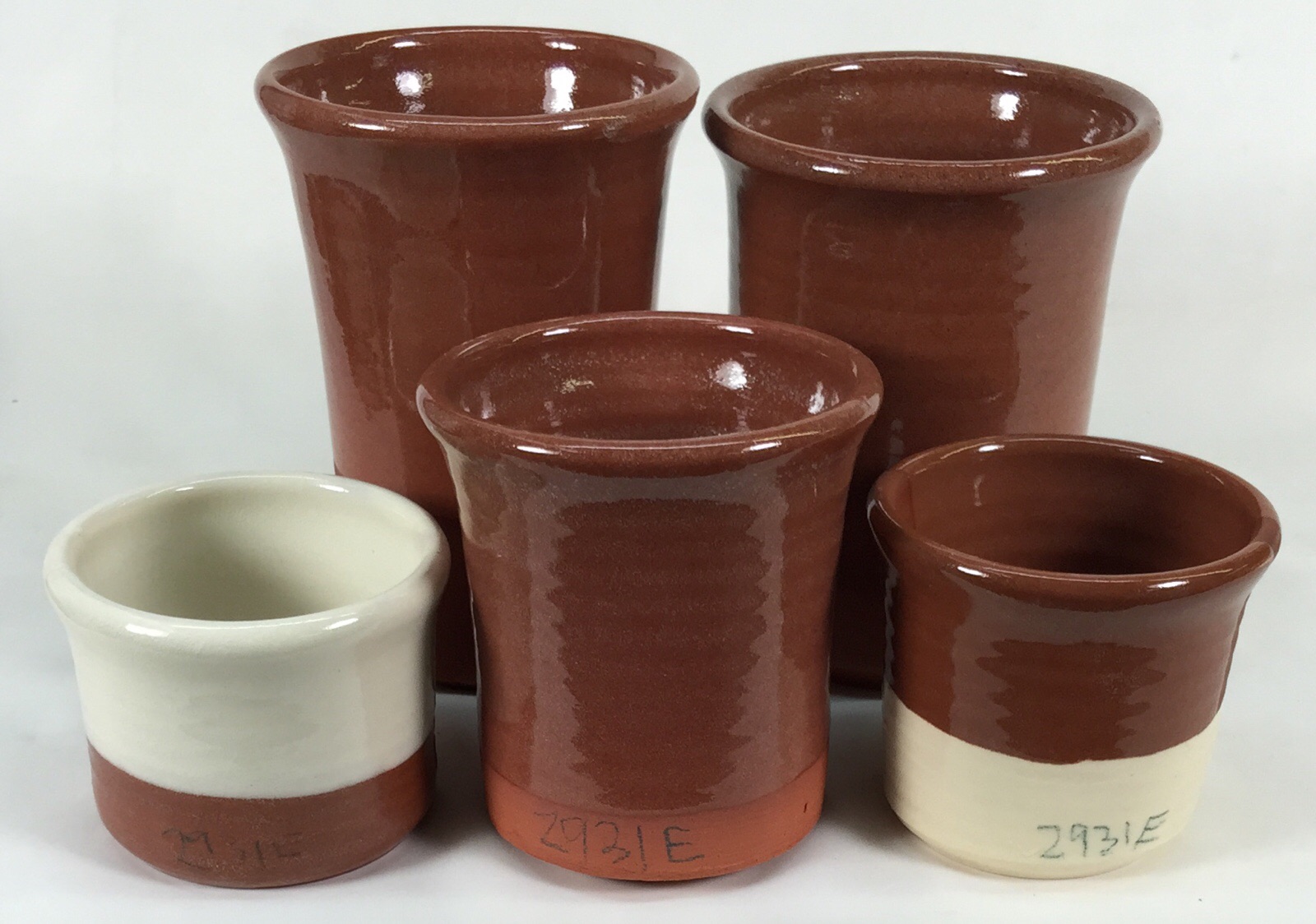 Books and web pages with flashy pictures are the centrepiece of an addiction-ecosystem to recipes that often just don't work. Maybe these are "tried" by a lot of people. But are they "true"? Most are so-called "reactive glazes", outside normal practice - to produce visual interest they run, variegate, crystallize, pool, break, tint, go metallic, etc. But this happens at a cost. And inside special procedures and firing schedules that need explaining. It is not obvious these are understood by the recipe authors or sharers. And these recipes are dated and contain troublesome and unavailable materials. We use frits now to source boron. Stains are superior to raw colorants, even in glazes like this. Many of these will craze badly. And many will not suspend in the bucket. And will run during firing. Reactive glazes have other common issues: Blistering, leaching, cutlery marking, fuming. Trying colors in differing amounts in different base recipes is a good idea. But the project is most beneficial when it shows color response in terms of quality recipes of contrasting chemistries. The point of all of this: Understand a few glazes and develop them, rather than throwing spaghetti against the wall hoping something sticks. Commercial reactive glazes are an alternative also.