Theoretically speaking, the term 'feldspar' refers to a family of minerals with a specific crystalline presence. However actual feldspar powders are made from crushed crystalline rock containing a mixture of aluminum silicates of sodium and potassium (with minor amounts of lithium or calcium). They normally contain 10-15% alkali (K2O, Na2O) and melt well at medium to high temperatures and are an economic source of flux. Commercially available feldspars tend to predominate in one specific mineral kind with lesser amounts of another and traces of others. Manufacturers can be found around the world and they usually do a good job of delivering uniform and clean products when one considers that feldspar deposits vary widely in composition and contain many impurities. Large quantities of feldspar are used in non-ceramic industry (e.g. cement, agri).

In many countries feldspar companies draw upon the same mine year and year, marketing a brand name product that gains wide acceptance. In other countries (e.g. India) large feldspar suppliers do not even have mines, they buy raw product according to the chemistry and blend from different sources to achieve a specific product. Over time they change suppliers but through careful quality control their ceramic manufacturing customers often do no realize their feldspar is coming from different sources with different shipments. Increasingly customers are connecting with suppliers on other continents, not infrequently this has led to misunderstandings and delivery of bad or variable product.

Generally high potash feldspars are employed in bodies and promote vitrification by forming a glassy phase that 'cements' more refractory particles together and triggers the formation of mullite from clay mineral. It is typical to see about 25% feldspar in cone 10 vitreous bodies (1300C) and 35% at cone 6 (1200C), although porcelains may have a little more. Much below 1200C feldspar will not produce a vitreous body. Manufacturers often employ feldspar percentages inappropriate to their situations and other materials (like silica sand, alumina, extra quartz) are added to compensate. It is important to test the porosity and fired shrinkage of your body at temperatures above and below your production firing (e.g. -30, -60, -90, +30, +60, +90). This will tell you where you area on the porosity and shrinkage curves (it is not good to be near or on the down-slope of the firing shrinkage or up-slope of the porosity). You can organize this testing in your account at insight-live.com.

In glazes feldspar promotes melting at medium and high temperatures (feldspars are the primary ingredient in most high temperature raw glazes). Sodium feldspars are most common and used mainly as a source of alkalis. Feldspars are mineral compounds of silica, alumina and fluxes and are among the relatively few insoluble sources of K2O, Na2O and Li2O. No other raw material is closer to being a complete stoneware glaze on its own than feldspar. Since feldspars contain a complex mix of oxides, ceramic chemistry calculations are needed to 'juggle' a recipe to achieve the desired balance of fluxing oxides with alumina and silica and to control the high thermal expansion that they impart.

Many feldspars begin to melt around 2100F (1150C) and make good glaze bases because they contribute alumina and silica in forms that participate well in the melt. Feldspars tend to work well in fast-fire high temperature glazes because they remain relatively inert until the later stages of firing.

Geologists see feldspar as a mineral and classify feldspars as mainly as albite, microcline, orthoclase and anorthite. However, for use in glazes, we can view feldspars as 'warehouses of oxides' (e.g. because they supply K2O, Na2O, Al2O3 and SiO2 to the glaze melt). For this reason other materials like cornwall stone and nepheline syenite, which have similar chemistry, can be viewed as feldspars.

Alert
'Flux-saturated' glazes with high feldspar contents tend to be chemically unbalanced and thus make poor bases for functional ware, especially for glaze containing metallic color oxides (the glazes can be soft, leachable, crazed, oxidizable). High feldspar can contribute to a high surface tension in the glaze melt and may lead to high bubble population (producing milkiness in the fired matrix). Stoneware glazes using large amounts of feldspar as a flux almost always craze because high-expansion sodium and potassium predominate. High feldspar glazes often lack clay content and thus do not suspend well, they settle in a hard layer on the bottom of the container and dry to a powdery surface on ware. In fact, thousands of potters are using feldspar saturated glazes and living with many problems without being aware of the cause.

Closeup of feldspar deposit in the MGK Minerals quarry in India 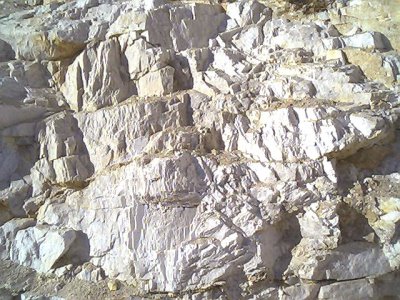 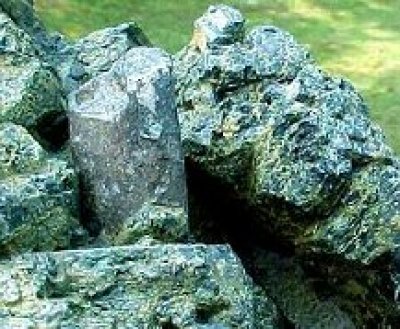 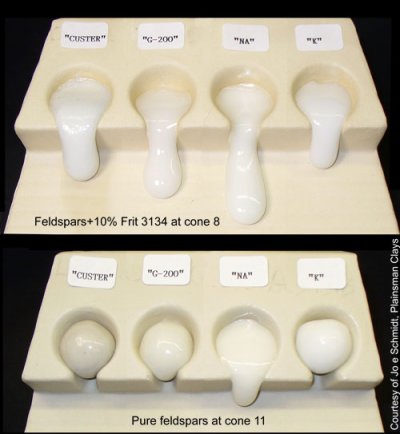 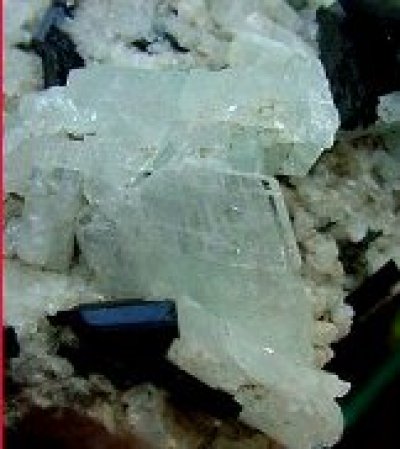 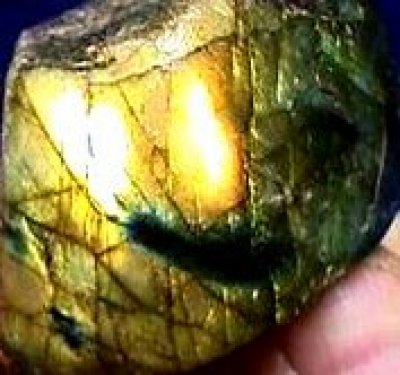 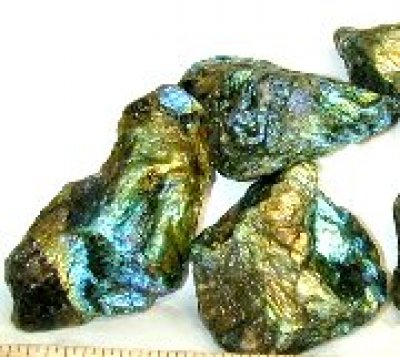 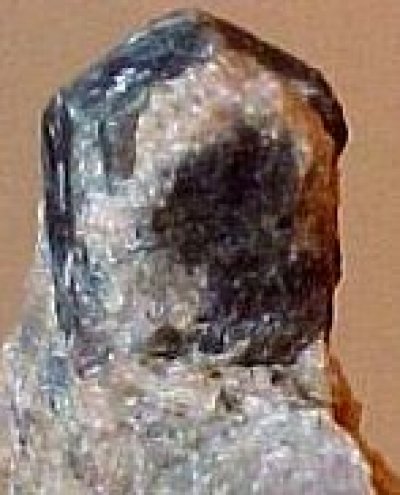 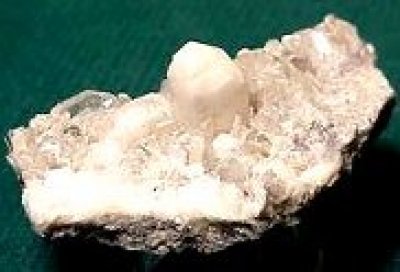 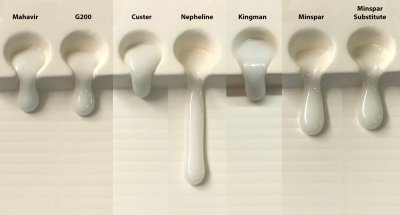 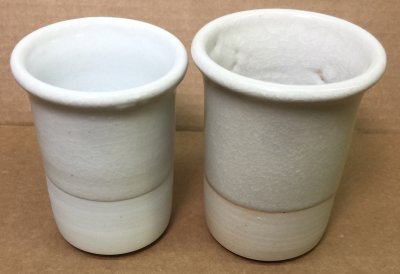 These were applied to the bisque as a slurry (suspended by gelling with powdered or dissolved epsom salts). Notice the crazing (feldspars always craze because they are high in K2O and Na2O, these oxides have by far the highest thermal expansions). 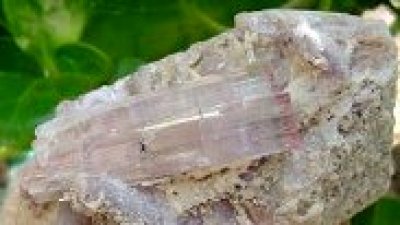 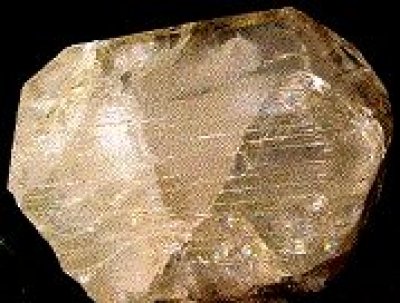 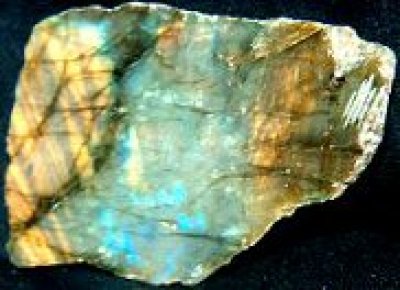 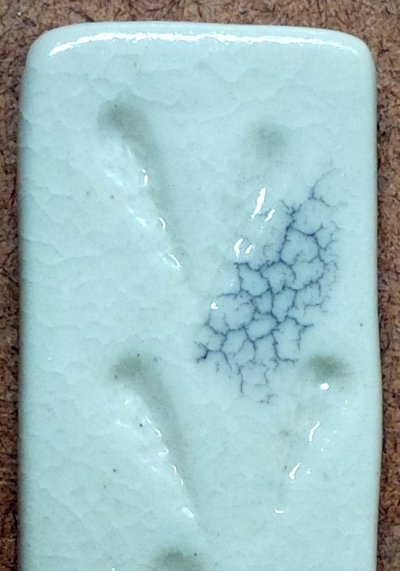 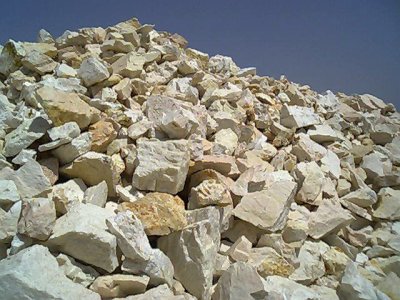 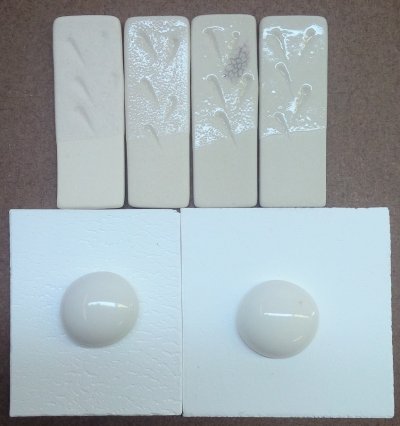 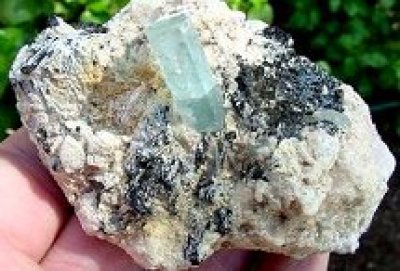