What cones do at low fire is different

The tip of the firing cone 03 on the left has just touched and it is beginning to deform. Yet the guard cone 02 is not moving at all and the cone 04 is practically melting. However the tip of the cone 7 firing cone on the right has not quite touched. But the cone 8 is already well on the way and the cone 6 touched not long ago. Yet cones separate by about 30 degrees in both ranges. Why the difference here? At low fire the kiln can climb quicker so less heat-work is done (that is what bends cones). Also, the iron-based low fire cones are more volatile and begin and complete their fall through a narrower range. So at low fire cones can be an absolute measuring device. But at high temperature their use is more about comparing behavior firing-after-firing and adjusting procedure by that experience. 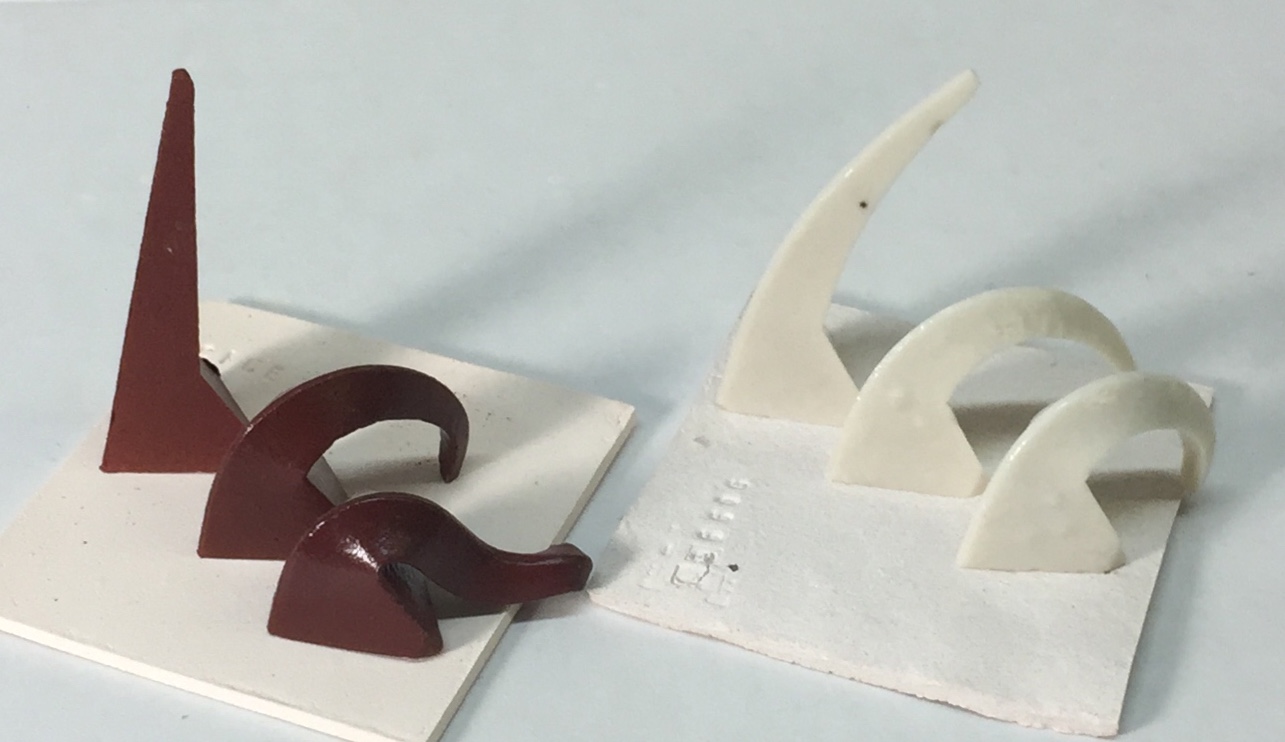