These mugs are Plainsman H443. The bamboo glaze on the left (A) has 3.5% rutile and 10% zircopax added to the base G2571A dolomite matte. The one on the right (B) has the same addition but in a base having slightly less MgO and slightly more KNaO. B stains badly (as can be seen from the felt marker residue that could not be removed using lacquer thinner). Why does A stain only slightly? It has an additional 4% Gerstley Borate (GB). GB is a powerful flux that develops the glass better, making the surface more silky. The differences in the recipe provide another advantage: A has a much lower thermal expansion and is less likely to craze. 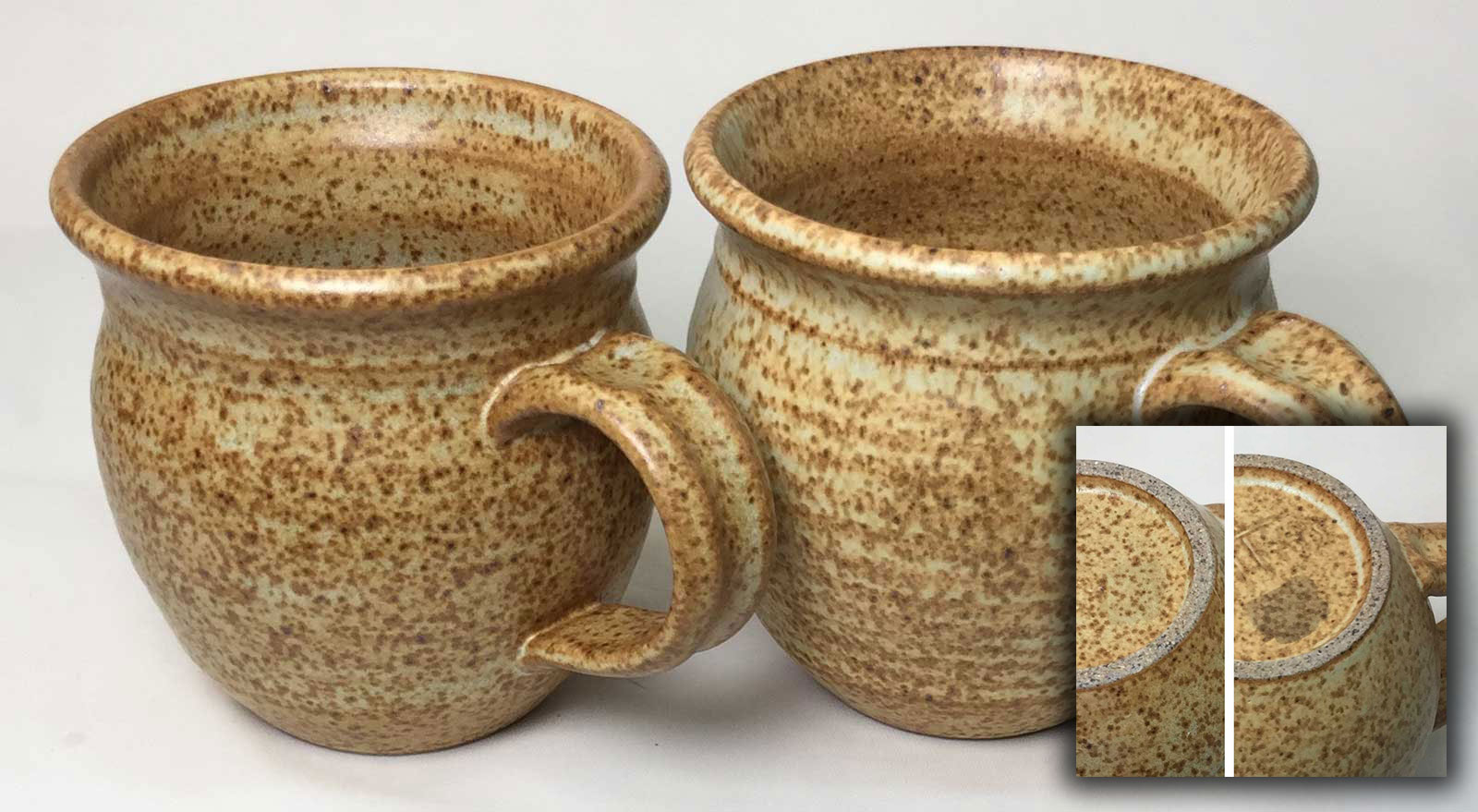