We first started using this schedule to develop the bright blue coloration of rutile glazes (e.g. GA6-C). However, we found that this also improves the most glossy glazes, producing a better defect free surface (e.g. GA6-A, GA6-B). This is also good for getting maximum matteness in glazes (since time is needed for the micro-crystals to grow).

THIS SCHEDULE CAN MAKE MATTE GLAZES TOO MATTE. They may need to cool more quickly to be silky (e.g. G2934). Please see the notes for the cone 6 drop-and-soak firing for more detail (it is the same as this but without step 5).

Don't ignore the need to roast the Alberta Slip powder. It will crack on drying if you don't. Don't hesitate to adjust the proportion of roast:calcine to fine tune the properties of the slurry.

Once you see the improvement in stoneware glaze surfaces with a slow-cool firing you will never go back. In our studio, glazes that would fire full of pinholes on even a coarse sculpture body, fire glassy-smooth with this schedule! If you are using porcelainous bodies and commercial glazes (or highly fritted ones) slow cool firing might not make a difference for you. And this glaze does not look good on those bodies anyway. 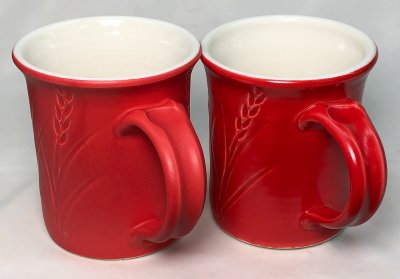 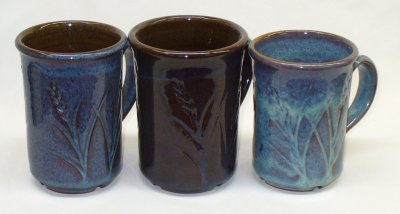 This was a fast firing. The glaze is G2934, a silky matte. But that does not mean it is pinhole-prone, it has good melt mobility. The clay on the right is Plainsman Coffee Clay. It contains 10% raw umber, that generates plenty of gases during firing. The centre one is Plainsman M390, not normally difficult to fire defect-free. The left one, M332, should be the worst, but is the best! What is needed to fire these without pinholes? The drop-and-hold and slow-cool C6DHSC firing schedule. It is extra effort to program your kiln controller, but well worth it. If you don't have a kiln controller then by a little experimentation you can develop a switching pattern to produce the same effect. 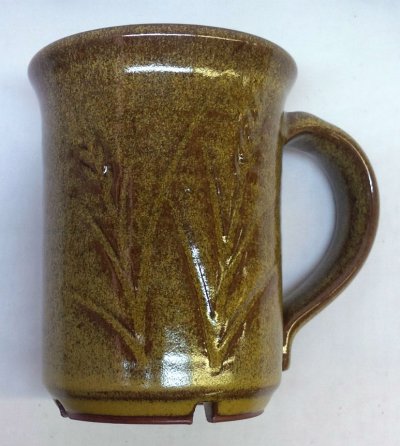 GA6-A Alberta Slip base glaze (80 Alberta Slip:20 Frit 3134) fired with Plainsman slow cool cone 6 firing schedule on Plainsman M390 iron red clay. If this is cooled at normal speed, it fires to a glossy clear amber glass with no crystals. 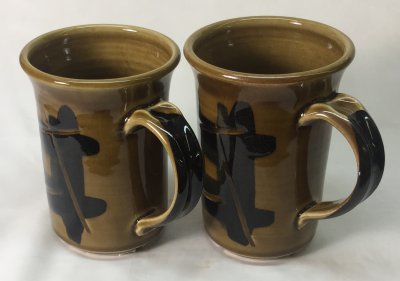