The center portion was protected while the perimeter dried and shrank first (reshaping the central section). No cracks. But as the central area hardened it reached a point where it was stiff enough to impose forces that forced two cracks to start from the outer edge (opposite each other), these grew inward and found each other. Then the gap widened to dissipate more of the stresses (the width of this gap relates to the drying shrinkage of the clay). But the accelerated pace in the top disk left more stresses, they were relieved by the other hairline cracks from the outer edge, these happened at the very end.The lesson: The stage was set for cracking on both samples very early in the drying process. But the actual cracks occurred very late. Accelerating the process only created small extra edge cracks (on top disk). 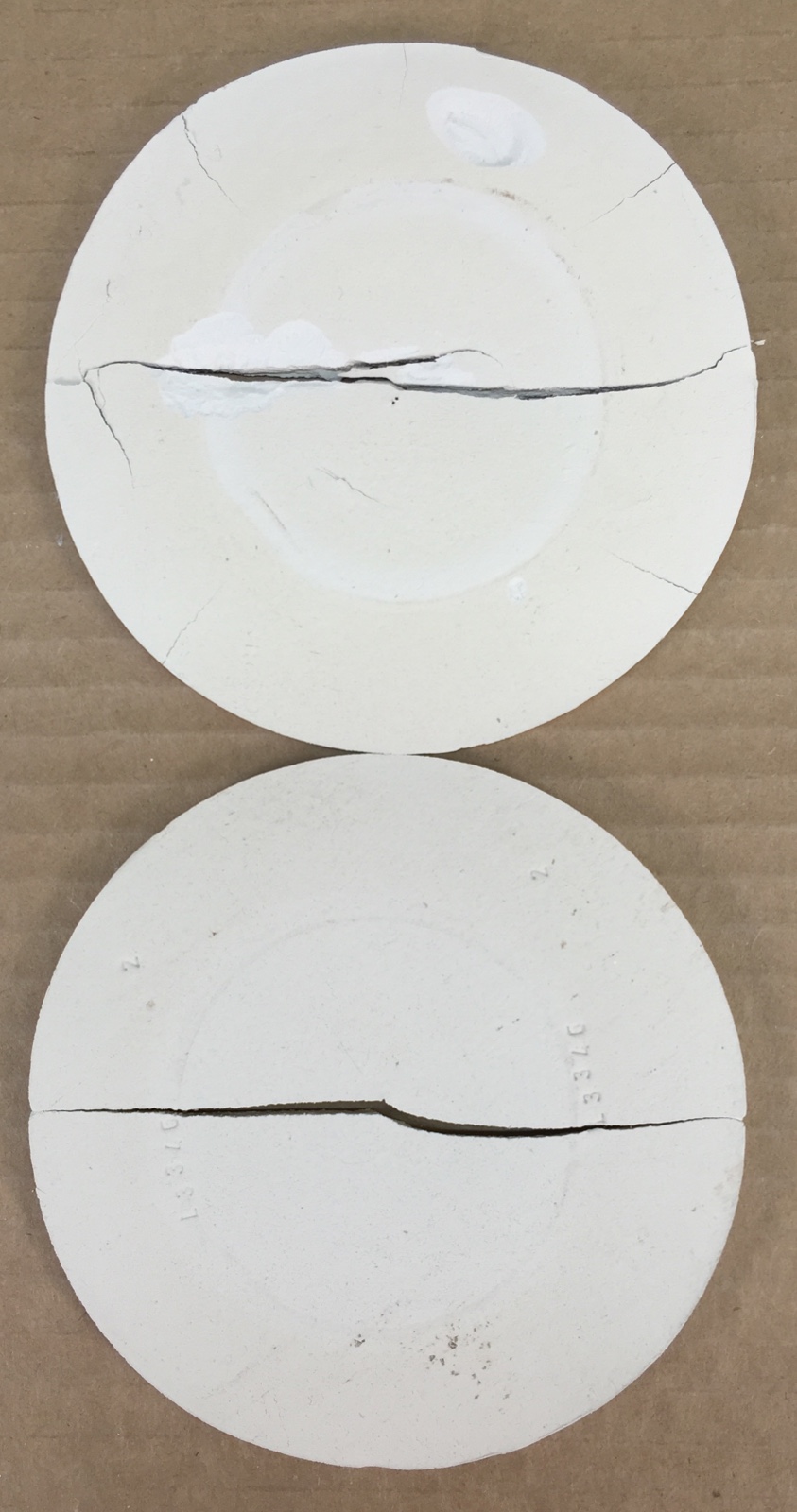