The sun. Brought to you by Plainsman Polar Ice! 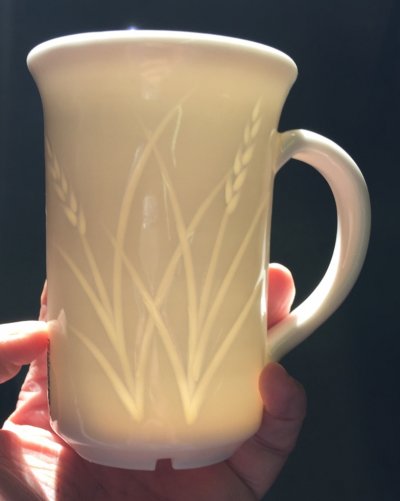 The walls are very thin, yet no trimming was done to make them thin. Why? It is super plastic. Others claim to be plastic, but they use the word in a relative sense. They mean a little less flabby than other flabby porcelains! Polar ice, when it has the right water content (dewater it on a bat if needed), is tough enough to throw as large as even the most plastic stonewares. It might seem impossible that a body this translucent can be as plastic as it is and as stable in the kiln as it is. Want to know it’s recipe? Search around on this site and you will find clues in a number of places, put them together, do a little testing, and derive it yourself! 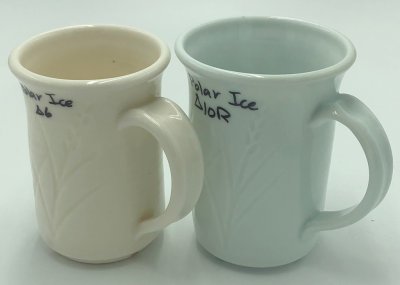 The Polar Ice data sheet has been changed. In the past we have been hesitant about firing it over cone 6. This is because it is just so vitreous and translucent that firing it higher seemed to be asking for trouble (like warping, blistering). But at cone 10R it is still resistant to warping. And fires this beautiful blue-white. The translucency, amazingly, is about the same: Incredible! This is among the most incredible pieces we have ever made in the studio here, it is hard to believe it is possible produce this kind of quality in a pottery studio. 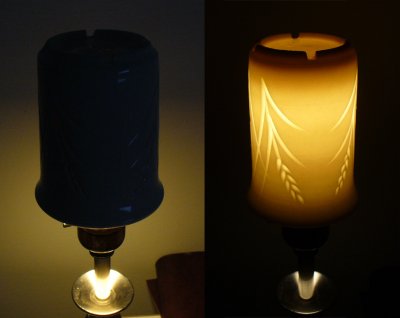 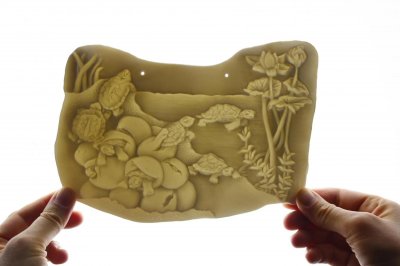 Made using porcelain fired to cone 11+. This is a splendid demonstration of translucency. Without a back-light it is just a white slab. But the varying thickness in the porcelain determine the amount of light that passes at any given spot, thus producing the design. An example of a recipe to produce a porcelain like this is L3778D.