A visual effect that occurs in wood and salt firing of ceramic ware. Many potters value the effect and use special materials and firing methods to enhance it.

A fired visual effect on bare clay surfaces in fuel burning kilns (especially wood). Clay surfaces that have been flashed have been subjected to a thermal history of variations in flame, ash, kiln atmosphere and even imposed vapors (like salt and soda). Historical ceramics often had flashing simply as a consequence of material quality and the nature of the fuels used in firing. In recent years there has been a focus on the reproduction of the look, various methods seek to reproduce the process, others only the final product. But the modern kilns and materials used by most are highly consistent in comparison so there is a need to understand the chemistry and process mechanisms that produce the effects to better reproduce them. Notwithstanding that, most practitioners just employ recipes they have found or received and fire as instructed. The degree to which flashing appears in the ware is attributed to the mystique of the process.

But some basic technical things are known about the process. It is known that slips of high alumina content react and respond visually (flash) to the atmosphere containing ash and soda/salt (which are high in SiO2 and KNaO). For that reason, formulations high in kaolin are typical (no common material has a higher percentage of Al2O3). But kaolin is so much more refractory than any clay body and its drying shrinkage is much lower, that means a slip made purely of it will flake off during both drying and firing. But it can be combined with other ingredients that make it more similar in drying and firing to the body (e.g. feldspar, stoneware clays, bentonite). Various kaolins are known to produce better flashing than others, this could be because of differences in the natural soluble salts present, especially those containing iron. Pure fine alumina powder can also be employed in the same way (but in a much smaller proportion in the recipe since it has zero plasticity and is even more refractory than kaolin). Alumina and even silica of the finest particle sizes are most likely to react with fumes in the kiln atmosphere.

Example of flashing on ware from a Manabigama wood fired kiln 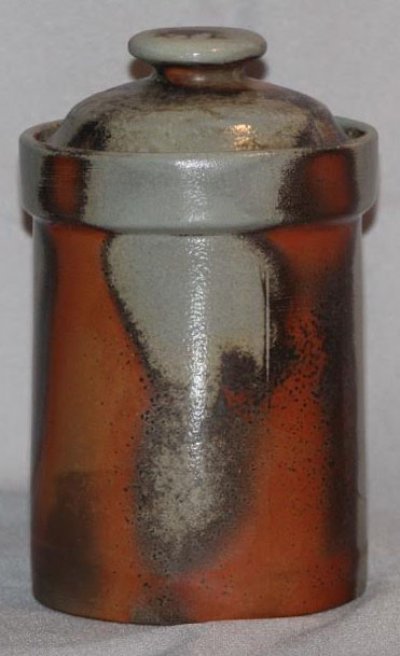 From Robert Self. This firing went past cone 13. The body is Laguna Speckstone.

Example of flashing from wood firing 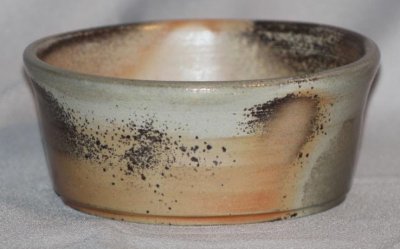 Made by Robert Self. This is Laguna White Stoneware body fired to cone 13 in a Manabigama wood fired kiln. 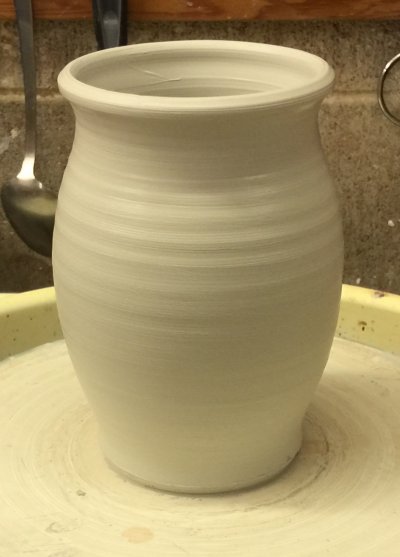 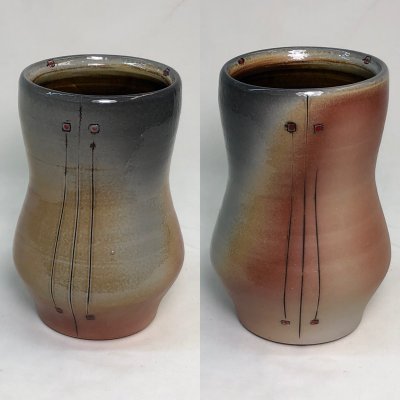 This is a small cup-sized object made from Plainsman P600 (simply composed of Tile #6 kaolin, nepheline syenite and quartz). It is valued as a product-of-the-process piece, consigned to the "kiln God" as unglazed. It exhibits carbon-trap, soda glaze deposition and flashing. The soda-vapour atmosphere of the kiln glazed one side of the vessel early enough in the firing to trap carbon under a crystal-clear glass. Often such glazes are crazed, but this one likely is not because the body contains 25% quartz, giving it a high thermal expansion. The other side of the piece exhibits tones of red, brown and yellow on the bare, vitreous porcelain surface - this is characteristic of "flashing".