Salt firing is a process where unglazed ware is fired to high temperatures and salt is introduced to produce a vapor that glazes the ware.

Salt firing is a process where unglazed ware is fired to high temperatures and salt fumes are introduced into the kiln chamber (normally by a spray in the burner ports). The sodium in the salt forms a vapour cloud in the kiln. That sodium, along with the silica and alumina in the clay, combine to form a glass to glaze the ware. Bodies that contain high silica thus form the best interface with the glaze.

The salt glazing process has many historical roots. Salt glazed ware typically has distinctive marbled and variegated surface effects. Many books showcase these. An increasing number of web pages extol the process and potters pay considerable amounts to attend workshops to learn about it. There is, however, a bias toward describing the process in the language of art rather than science. One potter described her preference for the process saying that "the voice of the fire just does not speak to her" in electric-fired ware, with soda firing her ware "says what she wants it to say". And the historic and cultural biases, rather than logic, tend to push the methods and processes used.

Salt glazed ware can be suitable for functional use, but there are caveats. Sodium has the highest thermal example of all common oxides so glazes are almost certain to craze. This will greatly impact ware strength and functionality. Not surprisingly, the oxide formulas of salt glazes fall well outside of normal glaze chemistry profiles. That means there is a danger of surface leaching, resulting in a loss of gloss or change in appearance. It is thus desirable to use a fitted liner glaze on functional pieces. Sodium is a very active flux and the salt-glazing process is theoretically feasible at lower temperatures than are commonly done. Whatever the range used, the body should be vitreous to produce strong ware.

Sodium vapor glazing using compounds other than sodium chloride (table salt) is practiced by many people.

There has been quite a bit of discussion about the safety and environmental concerns of salt vs. soda firing. It does not appear to be a foregone conclusion that soda is better than salt or even that chlorine is released in salt firings (rather than HCL vapor). Some reports on the Internet claim that measurements done on kilns have demonstrated that salt firing is as clean or cleaner than fuel reduction firing. 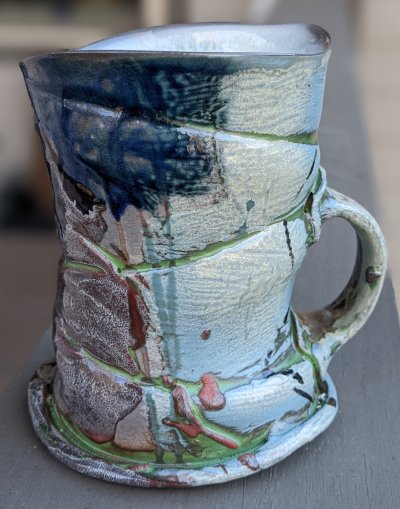 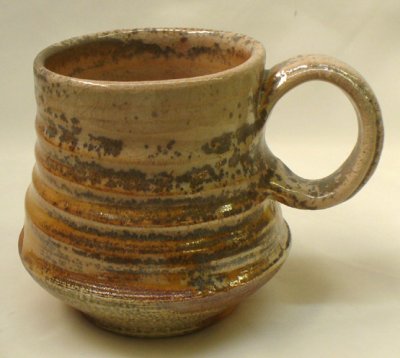 Crazing in glazes is common in this type of ware but since the body is fired well into vitrification this is not considered an problem (the unique aesthetics of this type of ware trump such issues). Salt glazes, by their very nature, are high in sodium. And it has a high thermal expansion. 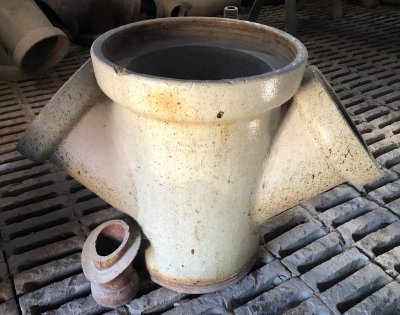 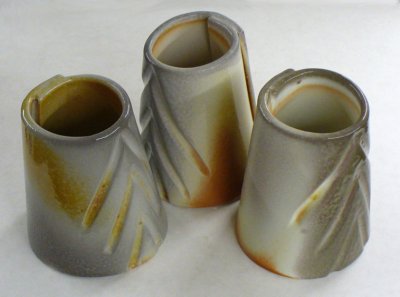 These fire ivory to bone with in reduction.

A salt kiln being unloaded 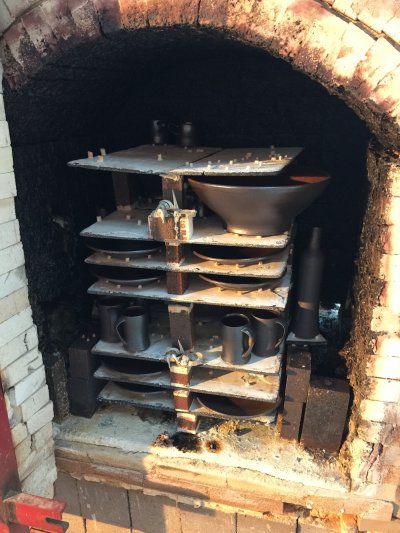 Notice how ware is set on pads of clay to enable the salt vapours to access the underside. Salt and soda kilns degrade over time as the sodium eats away at the interior bricks. Shelves must be covered in kiln wash to preserve them. 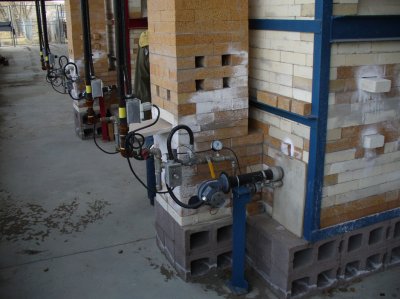 Soda and salt kilns at the Medalta International Artists in Residence 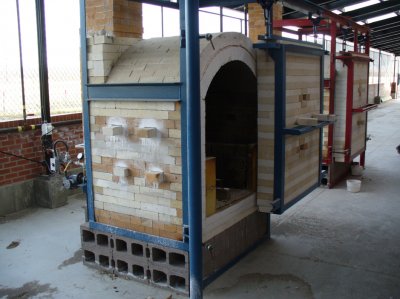 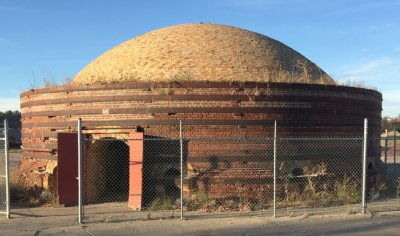