Flameware is ceramic that can withstand sudden temperature changes without cracking (i.e. stove top burners). Ovenware is another class of ceramics, it is not as resistant to thermal shock as flameware. There is some confusion among clay buyers and retailers about this. For example Japanese Donabe ware is sometimes touted as flameware but the claims and precautions recommended for its use show that it is ovenware (e.g. requirement to be water-logged and not heated without contents, claim of resistance to failure at high temperatures which is completely different than resistance to sudden temperature changes).

Ceramic is very susceptible to thermal shock failure because of its brittle nature (with accompanying lack of elasticity and tendency to propagate cracks). Brittle matrixes just cannot absorb the stresses that occur when sudden heating or cooling imposes expansion or contraction in one part or section of a piece at a different rate than another. After reading this page you may feel you have received little help for a flameware recipe. Please consider that an indication of the extreme difficulty involved.

Indigenous cultures have made terra cotta cooking vessels for use over an open fire for thousands of years. Their secret is simply the high porosity of the fired material. While the open structure and lack of a glassy phase produce low strength they also enable much lower brittleness. There is enough micro-mobility within the matrix to absorb the expansion gradients of sudden heating and the open structure terminates micro-cracks. They also do not glaze the ware (although leaded glazes of sufficiently low expansion can be workable if applied thinnly). In addition people who use this type of ware are tolerant of cracks that form, its low stregnth and gradual disintegration during use and they how how to be careful in handling it.

Thus the creation of vitreous flameware is complex and failure occurs in a rather more spectacular fashion. High proportions of low expansion materials like kyanite, mullite, pyrophyllite or molochite (powder or grog) can be plastic-bonded with a small amount of clay or organic binder and fire-bonded with a low expansion flux. Of course, if the kiln heat is high enough so that particles of these materials are altered to a different form or are taken into solution in the glass bonder during firing (e.g. feldspar) then the low expansion character of their natural state can be lost partly or fully. Even if a low expansion body can be made, it is very difficult to create a non-leaded glaze that melts and smooths over well and still has a low enough thermal expansion not to craze (super low expansion frits are needed). Only large manufacturers may have the resources, materials and equipment to develop vitreous flameware products. Low expansion glazes can be made using lead compounds and these have been traditional in many countries.

While a variety of measures can be taken to make normal stoneware more resistant to thermal shock failure (e.g. more even cross section, thinner walls, smoother contours, better fitted glazes, lower quartz in bodies, fewer dried and fired in stresses) you will never be able to make it withstand a flame. Vitreous porcelains can be made using high lithia materials, formulating them requires specialized knowledge and lab equipment and making ware form them requires highly specialized forming and firing methods (well beyond the capability of smaller operations).

Articles in periodicals deal with the subject from time to time. However if they do not explain why their glaze and body recipes are resistant to thermal shock cracking be cautious (creating a low expansion fired ceramic is a critical mix of materials, procedure and firing schedule). Making a glaze fit a low expansion body without crazing is very difficult (even impossible for super-low expansion), the logic of how this was accomplished must not escape mention by the author. Consider an example of how published recipes often lack logic: For glazes to have super-low thermal expansion they would need low KNaO content (that means very low feldspar), high SiO2 and Al2O3 and employ low expansion fluxes (like Li2O, MgO). Yet often presented recipes are the opposite of this, high in feldspar and low in silica and kaolin. How can that produce a low expansion glass? The ones that do at least contain a low expansion melter (like spodumene) often have so little clay that it would be impossible to suspend them in a slurry.

Low expansion bodies are likewise easy to visualize: They would need low quartz particle content (thus fireclay would be a no-no, or any material sourcing quartz particles that would not dissolve) and plenty of low expansion grog (kyanite, mullite) and low expansion fine-particled filler (e.g. pyrophyllite). Such bodies have exacting firing requirements to develop or maintain the low expansion structure that could not escape mention. Yet body recipes presented online or in literature are often naked, completely lacking in technical documentation (this is a very technical subject). They may be loaded with quartz bearing materials and even employ high percentages of coarse fireclay grog (how will you work with that?). Many do crow-bar the expansion back down with spodumene, talc and pyrax but, again, do not explain the firing intricacies needed and why they break all the other recipe rules. For example, some claim to be cordierite but forget to mention that cordierite needs 1300C+ (beyond cone 10) to begin developing its low expansion crystals (thus any thermal shock capabilities are due to grog content or other factors, not to imaginary cordierite crystals). Even if such bodies were fired high enough to develop some low expansion cordierite crystals, what good is that if they are impregnated by high expansion grog and quartz particles? Cordierite is also available as a powder (although not easy to get, check with Ferro). It is prefired, ware can be formed by plasticizing it with clay and/or binder additions and fire bonded it at lower temperatures (e.g. with a frit). Of course, these would not have the same thermal shock resistance as the pure material matrix.

If you are planning to make flame or ovenware you may be advised to consult the ASTM and other websites for testing procedures and services. The ASTM website has information on standards for ceramics and glass testing, listing a dizzying array of test procedures (and charging $39 for a PDF for each one). However on closer examination, only a couple of tests apply to this. But be careful, they may send you back a test report with numbers that will mean nothing to you (you need to know those same numbers in the context of a wide variety of other ceramic types). Many of these tests must be done over a period of years and at multiple temperatures above and below the actual firing temperature. Technicians relate a long history of fired results to their history of testing to see the stability of their process. One test by itself without that content is often next to useless (for example, it could be that firing your ware 10 degrees higher could lose the low expansion properties, that fragility of process is very bad). 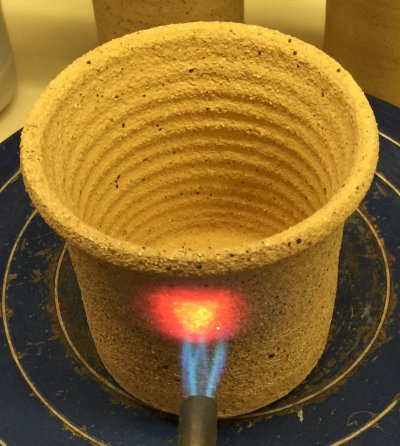 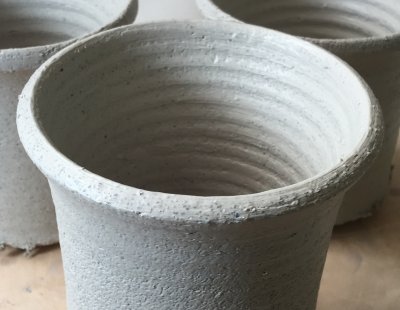 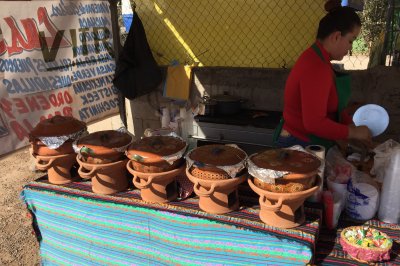 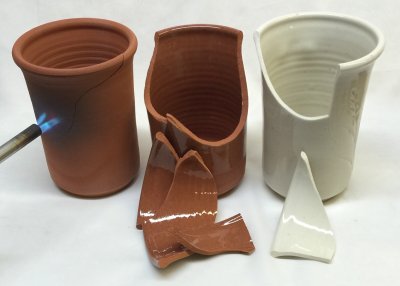