Plainsman Cone 6 Ravenscrag Slip based version of the popular floating blue recipe. It can be found among others at http://ravenscrag.com.

David Shaner's cone 6 floating blue has been used for many years by thousands of potters. However the base (the clear to which the colorants are added) is 50:30:20 Nepheline Syenite:Gerstley Borate:Silica. It has serious issues (including slurry gelling because of the partially soluble Gerstley Borate and Nepheline Syenite, consistency and supply issues with Gerstley Borate, susceptibility to blistering and higher thermal expansion because of the high feldspar content). As a consequence most users thus have had a love-hate relationship with the recipe.

This employs an alternative base recipe into which the iron, cobalt and rutile have been transplanted. The GR6-A 80:20 Ravenscrag:Frit base has been conditioned with a further 10% frit addition to get more crystal development and variegation. This base eliminates the solubility and consistency issues and produces a glaze of lower thermal expansion.

Although more expensive to make than the GA6-C Alberta Slip Rutile Blue (because of the cobalt), this one produces the rich blue without needing the slow-cooling C6DHSC firing schedule (although it still benefits with a more defect-free surface). The recipe originally had 80 parts raw Ravenscrag powder but we have adjusted it to 40:39 raw:roast (according to instructions at ravenscrag.com). Feel free to tune the raw:roast mix to get the exact slurry properties you want. More roast makes the slurry shrink less, dry faster and more powdery; more raw makes it shrink more and dry harder. 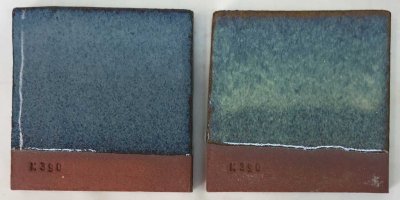 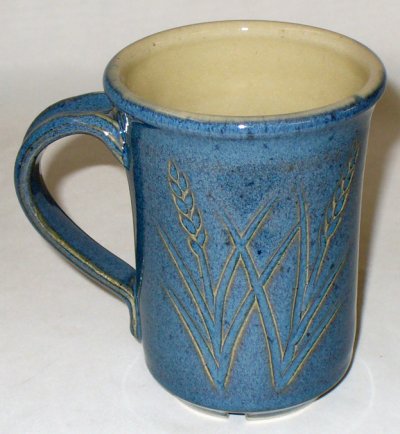 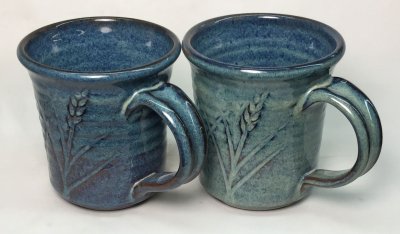 The body is red-burning Plainsman M390. The firing was dropped and soaked at 2100F for 30 minutes and then dropping at 300F/hr to 1400F. This really helps to produce a dazzling defect free surface. These are, of course, mix-your-own recipes and the pieces were dipped to get perfectly even coverage. 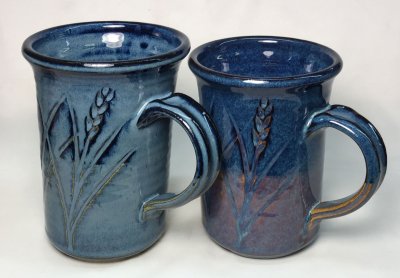 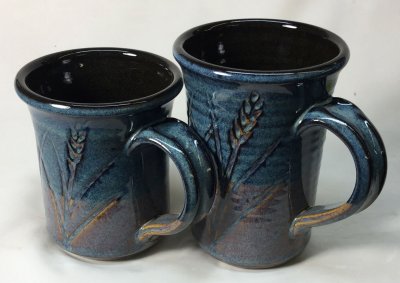 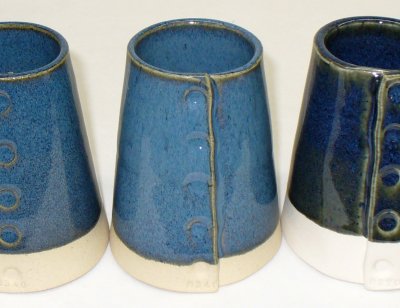 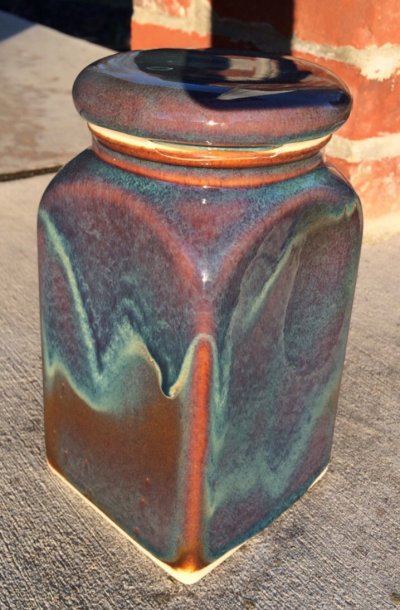 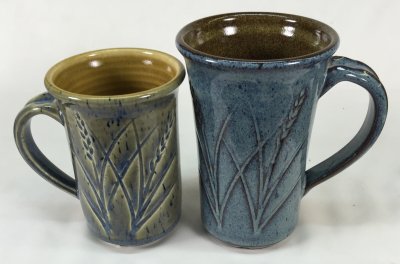 Ravenscrag Floating Blue on Polar Ice and M370 at Cone 6 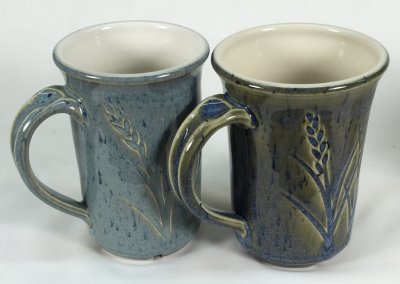 These are from the same firing, glazed at the same time and are the same thickness. The floating blue effect is a fragile mechanism and affected even by the small color difference in these bodies. The small amount of extra iron in the M370 affects the glaze character more than expected.