By adding a little iron to 100% Alberta Slip you can make an iron crystal glaze.

Typically this type of glaze is made by adding up to 15% iron oxide to a transparent glaze. However using Alberta Slip, you only need 3% iron (this is an advantage because 10% iron flocculates the glaze, requiring the addition of more water which in turn causes crawling). Adjust the iron to get the amount of crystal development and metallic appearance desired. In reduction the extra iron will flux it more so melting should be good. 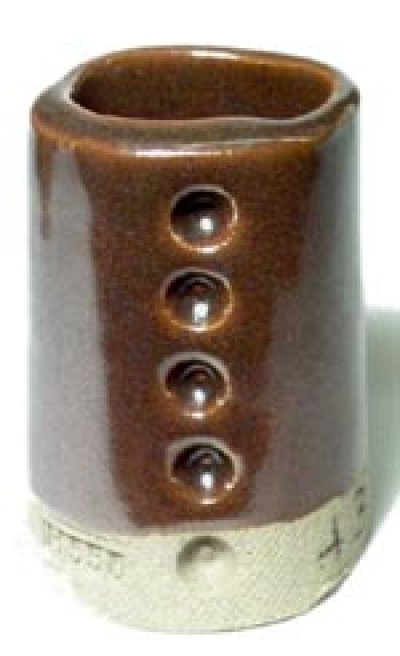