High-manganese black-burning body at cone 6. Practical and safe to use? 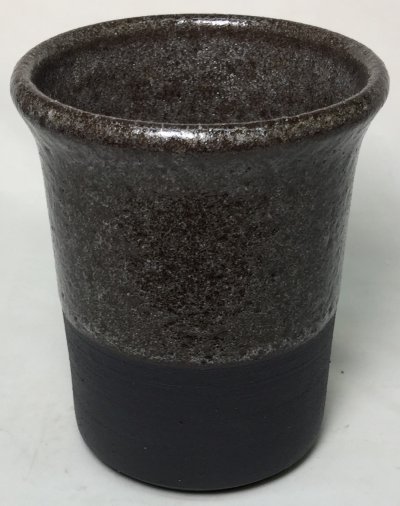 Black burning bodies are popular with many potters. They are normally manufactured by adding around 10% burnt or raw umber to an existing buff-burning cone 6 stoneware. Umbers are powerful colorants, they have high iron and also contain manganese (the latter being the primary source of the color). But these clays can be troublesome. First, good kiln venting is needed to avoid breathing the dangerous manganese metal vapors. Micro-bubble clouding/gloss-loss in the glazes and blistering/bloating of the bodies are common. But this mug fired perfectly. Why? The umber was added to a cone 10 stoneware instead (and it has fluxed the body to mature at cone 6). The mug has been white engobed using L3954B on the inside and partway down the outside during leather hard stage. After bisque it was clear glazed on the inside giving a flawless surface (using G2926B) and dipped in GA6-A Alberta Slip base amber-clear. The GA6-A over the black clay produces a very deep, rich, almost black ultra-gloss surface. 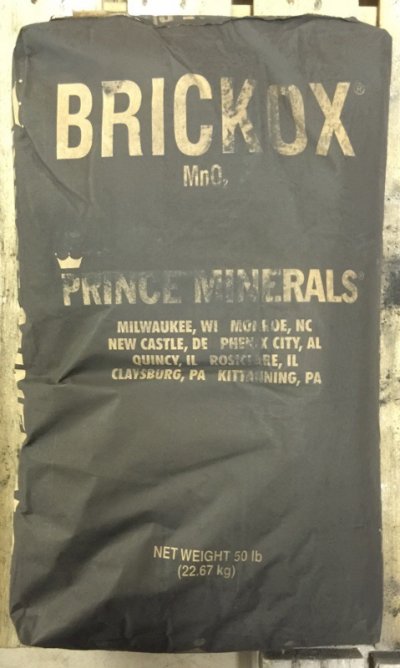