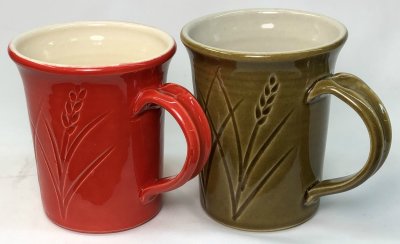 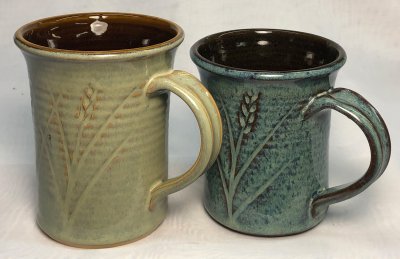 Left: Plainsman 3D, a raw quarry material that fires as a dense buff stoneware at cone 6-8. Right: Plainsman Coffee clay, stained black using raw umber. Both were fired using the C6DHSC firing schedule. The inside glaze is the GA6-B Alberta Slip base.