A2 is a ball clay mined in a quarry about 5 km west of Ravenscrag, Sask. It has a very high plasticity and is suitable as an additive to all types of stoneware and earthenware bodies. This material is used in many bodies made by Plainsman Clays.

A2 has some intrinsic iron content which makes it burn cream-white. It also has some physical iron concretion particles which act as a source of specks and iron blossoms in reduction fired clay bodies employing it.

A2 has natural soluble salts that migrate to the surface during drying and leave a brown coloration on the buff-colored fired surface. However with 0.35% barium to solubles are removed. These soluble salts cause gelling during the deflocculation process and thus prevent A2 from being used in slip bodies. 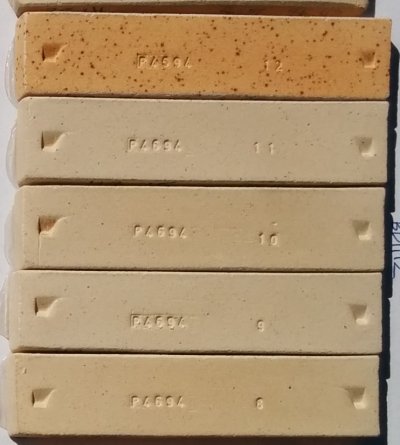 Core sampling at a Plainsman quarry during summer 2021 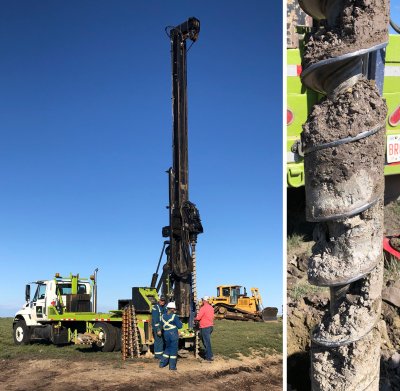 We are drilling test holes down through about 40 feet of overburden into the seven layers of clay to be mined. The rig assembles five-foot auger-sections, drilling down and pulling out two sections at-a-time. We examine the auger, identify the clays and record the results. At the middle of the auger-full shown you can see the division between the A2 ball clay and the A3 white stoneware, it was about 50 feet down. This hole was 80 feet, that spans tens of millions of years of sedimentation! This is the first time we have been able to sample the entire depth of the overburden, a highly plastic red burning low temperature clay, now we can assess whether it is a useful product.