Lithium Carbonate is the best source of lithium oxide for glazes. It is slightly soluble. It is unusual to see more than 5% lithium carbonate in glaze. Because of the low expansion of Li2O, high lithium glazes tend to shiver.

There are certain basic properties of lithium which are of interest in ceramics. Since lithium has a very small ionic radius in comparison to the other alkali metals, it has a higher field strength. Low expansion coefficients are generally imparted to ceramic compositions containing lithia. Lithium carbonate is a very strong flux (also true of lithium fluoride). In contrast, other lithium compounds may be quite refractory: lithium zirconate and lithium aluminum spinel are examples.

There is comparatively little published information on the use of lithia compounds in ceramics. Laboratory investigations indicate that small additions of lithium will react with quartz during firing and eliminate the alpha-beta quartz transition in the cooling cycle. Lithia imparts low thermal expansion coefficients to glasses and also promotes devitrification in glass systems. Smaller amounts act to smooth the glass surface.

Lithium exhibits many properties that are similar to the more common alkali metals sodium and potassium. In many respects is also shows similarities to the elements of the alkaline earth group, especially magnesium.

In addition to being soluble, lithium carbonate produces gases as it decomposes and these can cause pinholes or blisters in glazes. There are insoluble lithium frits available (e.g. Fusion F-493 has 11%) and incorporating one of them to source the Li2O instead is a classic application of glaze chemistry calculations (however for glazes with very high amounts of lithium, like 10%+, it will be difficult to source the Li2O using a frit because significant amounts will be required and this will likely oversupply the other oxides the frit brings). The resultant glaze will be more fusible and will have better clarity and fewer defects. 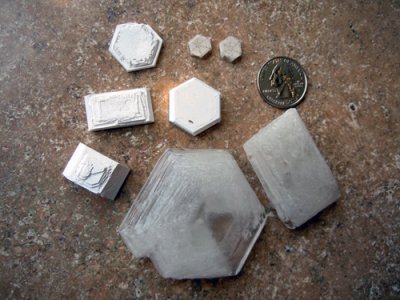 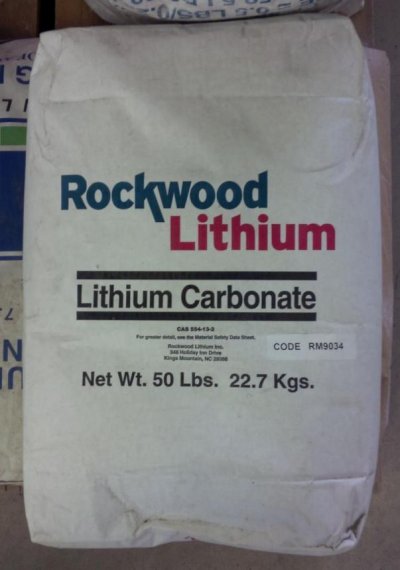 Lithium carbonate precipitation in one gallon of glaze 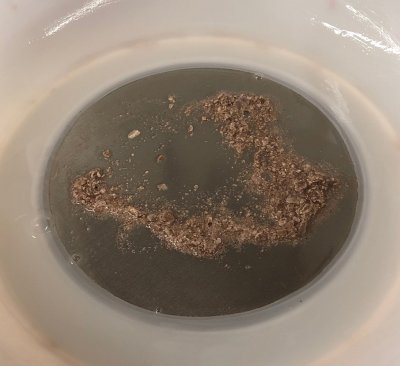 This is one of the issues with using the material. These have to be screened out from time to time, if not they produce defects in fired ware. Better to employ a lithium frit to source Li2O. 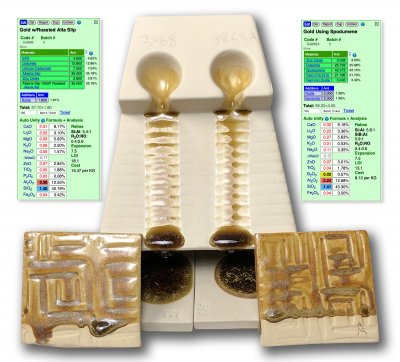 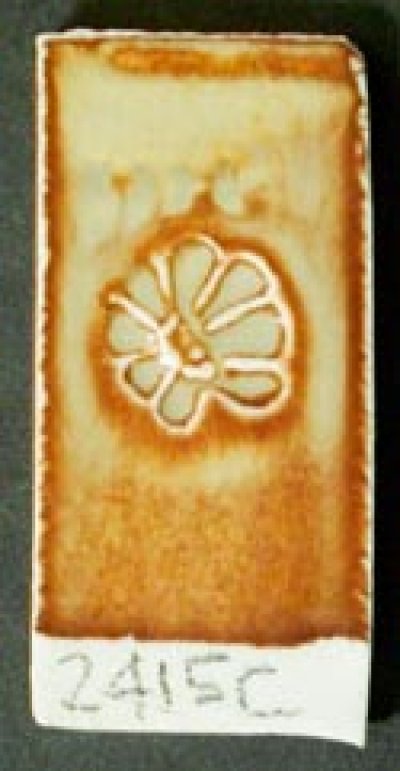