Laguna clay states: This is a blend of minerals that closely simulates Barnard (Blackbird) Clay, a widely used clay that contains iron and manganese (within the clay crystal). This material was developed to mimic the effects of Barnard clay when used as a wash or when used in clay body formulations. Though it can be added to glazes as a substitute material, its effects may vary from the original.

Since the material fires very dark and is somewhat plastic it would seem that it could be used as a base for a black burning clay body. However there are concerns with this application since it likely contains raw manganese dioxide.

This material is much more plastic than Barnard Slip (almost 7% drying shrinkage vs. 4% for Barnard). 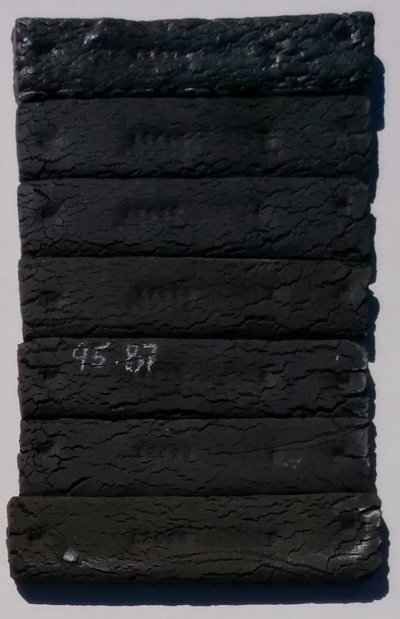 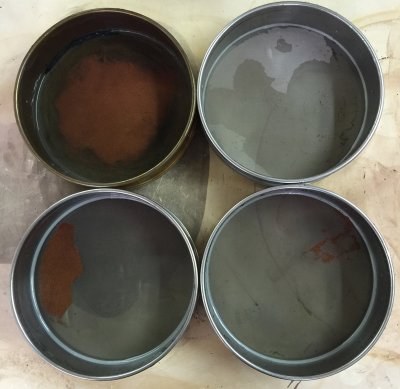 A 50 gram powdered sample of Laguna Barnard Slip substitute has been washed through 200, 150, 100 and 70 mesh screens. The raw powder is black, however that color washes away during screening revealing the base clay that is being conditioned by additions of black iron oxide or manganese dioxide containing materials (if they are seeking a close match to the original chemistry of Barnard). 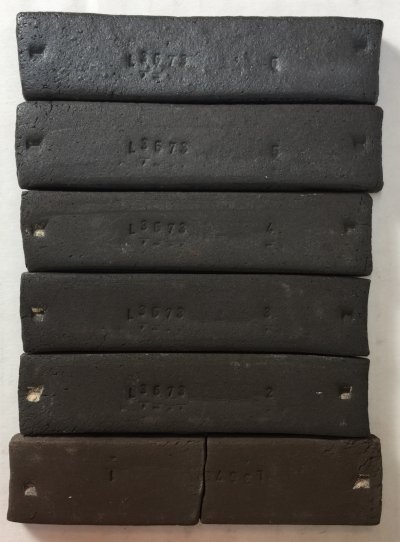 These are fired bars of Laguna SG758 Barnard Slip substitute going from cone 04 (bottom) to cone 6 (top). It is melting at cone 6. The bars are expanded above cone 6 and becoming quite porous. The drying shrinkage is around 7%, it is quite plastic.