Bismuth oxide is derived from the ignition of bismuth nitrate which in turn is obtained from the heavy metal bismuth (found in the US, Peru, and Mexico). Bismuth is very similar to lead, however there is no evidence that it is toxic. In fact, it is used in medicines taken orally for stomach complaints.

Bismuth oxide very expensive (maybe twice the price of even tin oxide)! Thus it takes a lot to justify its use. It rivals the brilliant gloss and durability and hardness of lead in many glazes, though not all (no other material can make that claim).

Because bismuth is such a powerful flux, often very little is be needed (5% or less) to impart better melting to a glaze, in these cases it should not overly affect the oxide balance. However much larger amounts may are used for special purpose glazes, bismuth makes it possible to use highly desired material combinations and color systems that would not otherwise melt well enough using other fluxes.

Since bismuth melts a low temperature, its use in higher temperature glazes runs the risk of vaporization of some of the material. This is, of course, is dependent on time and temperature. At the same time, its ultra-low melting temperature makes it possible to produce a glass that melts at 400C (if you are willing to pay for recipe containing 90% bismuth).

Bismuth subnitrate is an alternative source, but it only sources 75% of the actual oxide by weight yet its cost as a material may not be any less. 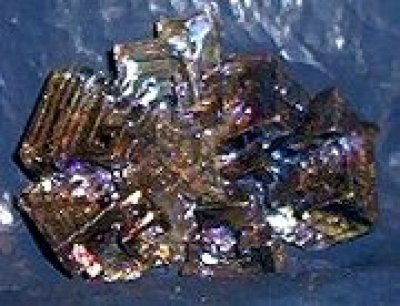 Examples of bismuth glass compositions and their expansions, softening points

Using bismuth it is possible to create very low melting glasses (or glazes). But a very high percentage is required. And bismuth is expensive.