Pinholing is a common surface defect that occurs with ceramic glazes. The problem emerges from the kiln and can occur erratically in production.

A glaze defect where tiny holes are present in the fired glaze surface. These holes normally go down to the body surface below. Pinholing is a plague in industry, the tiniest hole in the glaze surface of a tile or utilitarian item can make it a reject. Industry goes to great pains to get materials of very fine particle size for their bodies and glazes to reduce the occurrence of glaze defects. Glazes which melt and flow well often still have pinholes if gas producing particles are present in the body (these expel gases up through the glaze melt thereby disturbing its surface). Thicker layers of glaze pinhole more than thinner ones. Blisters, dimples and pinholes often occur together. Some glaze chemistries are much more prone to pinholing. 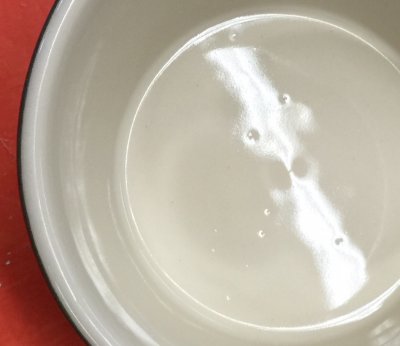 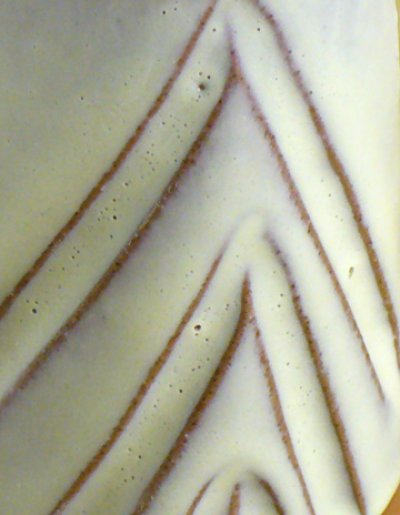 Pinholing at a cone 6 stoneware mug. Why? 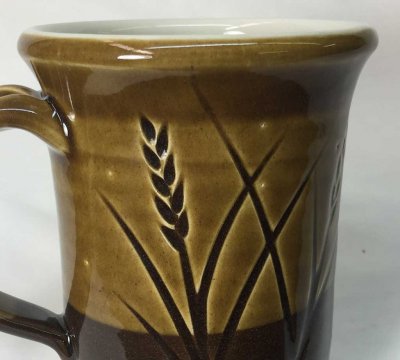 It was put into the kiln before it was dry (from glazing). The kiln was fired fairly fast (without using a drop-and-hold firing schedule). These glazes have significant boron, they melt early and seal the surface. But water vapor can remain until surprisingly high temperatures. And it needs to get out. So it finds a discontinuity in the glaze cover and vents and bubbles out there. That leaves these defects that even a drop-and-soak and slow-cooling did not heal. 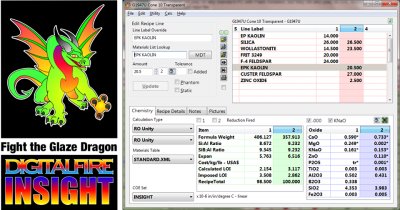 Same cone 6 glazes. Same clay. Why is the one on the right pinholing? 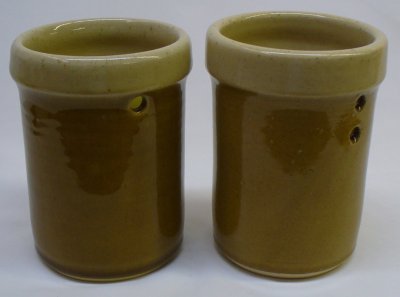 These are thick pieces, they need time for heat to penetrate. Both were soaked 15 minutes at cone 6 (2195F in our test kiln). But the one on the left was control-cooled to 2095F degrees and soaked 45 more minutes. Pinholes and dimples are gone, the clay is more mature and the glaze is glossier and melted better. Why is this better than just soaking longer at cone 6? As the temperature rises the mineral particles decompose and generate gases (e.g. CO2, SO4). These need to bubble through the glaze. But on the way down this activity is ceasing. Whatever is gassing and creating the pinholes will has stopped by 2095F. Also, these are boron-fluxed glazes, they stay fluid all the way down to 1900F (so you could drop even further before soaking).

Why is this cone 10 oxidation iron-brown glaze pinholing? 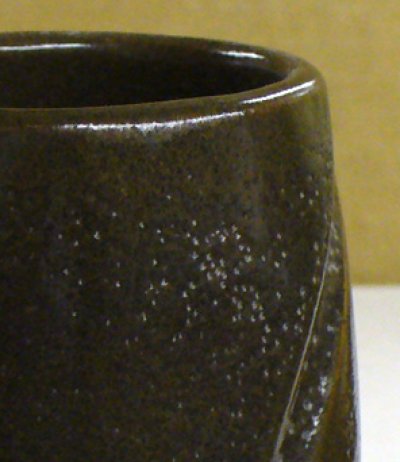 The glaze is simply insufficiently melted. In cone 10 reduction the iron acts as a flux and it melts very very well, so there are no pinholes. But here it simply does not have enough fluidity to heal the disruptions caused as gases escaping from the body below bubble up through it.

Pinholing with a boron fluxed cone 04 opacified and stained glaze 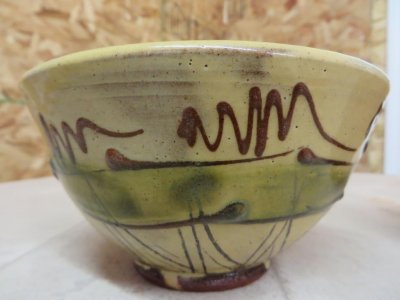 This problem was suffered by a potter moving from Europe to Canada. In Europe she used lead based glazes and got smooth defect-free surfaces. But in Canada she began using our Gerstley Borate based glazes and had many problems adapting to them. By using glaze chemistry to both adjust recipes to source boron from frits instead or GB and to reduce their melt fluidity, by bisque firing higher, glaze firing higher, using a finer particle sized terra cotta body and using a drop-and-hold firing schedule (like C03DRH) she was able to eliminate the issues. 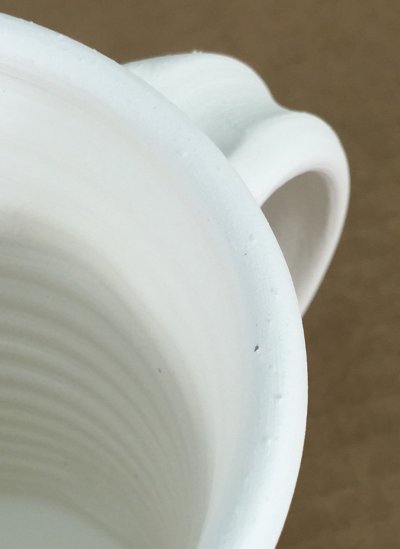 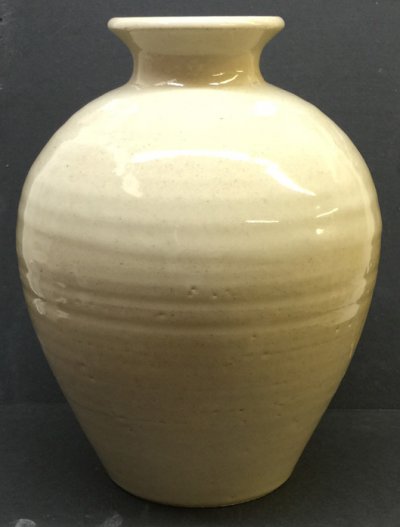 Pinholing is often related to the smoothness of the underlying body surface. The lower half of this vase was tooled during the leather hard stage, all the pinholes occur there. Even though this glaze contains 10% grog, the pinholes are not appearing on the upper half because the slip generated during throwing has left a smooth surface.

How can you best tell if a base glaze is prone to pinholing with your body?

Testing for pinholes and dimples is often best done using a transparent glaze over a large surface and looking at the surface in the light. In this case, an open bowl is used. Heavy pieces like this are difficult to fire evenly and encourage under fired areas where pinholes are more likely to appear. 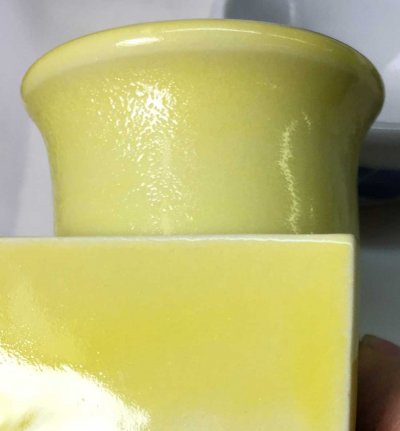